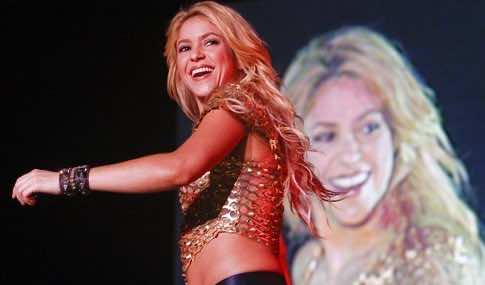 Festival with Shakira and Kanye West was a government-sponsored distraction, critics say.

Morocco’s 10th annual Mawazine festival attracted an estimated two million fans during nine days at the end of May.

But some believe the festival was an effort by the Moroccan government to distract young people from political demonstrations.

When protesters took to the streets in Morocco, they marched against corruption, autocracy and demanded more personal freedoms. They also protested against the Mawazine festival, charging that it cost millions of dollars.

“In Morocco, the Ministry of Culture has the lowest budget yet millions are spent on Mawazine,” said Mehdi Touhami, 29, an activist from Rabat. “We organized a sit-in in April to voice our concern. We were brutalized by the authorities and forced to disperse.”

What many call “the king’s festival” has been highly criticized in the midst of Morocco’s political turmoil for its colossal budget and for being under the direction of Mounir Al Majidi, the king’s private secretary who also manages his wealth. Majidi runs the association, Maroc Cultures, which organizes Mawazine and he is considered by some as a major obstacle to democracy because of his control over the economy and for his business deals. The festival was once relatively modest before it was taken over by Majidi in 2005, when it became the biggest cultural event in the history of the country.

He asserts that there is a need to develop other culture-related ventures.

Some argue that Morocco needs to prioritize its spending and fix urgent issues related to education, health and human rights.

“The real question is that at a time when Morocco is facing all sorts of very serious political and social issues, how does Mawazine contribute to solving these problems?” asks Jaouad Iraqi who leads the Al Massar association that promotes cultural development. “This event takes the biggest share of money available and leaves other events struggling to even exist.”

The February 20 Youth, a movement urging democratic reforms that was started after the Tunisian revolution, issued a letter asking artists to reconsider performing at Mawazine.

“We agreed to participate in Mawazine before the wave of protests,” said the politically engaged Moroccan rock group Hoba Hoba Spirit in a statement responding to criticism from some of their fans. “We are not asking for the cancellation of the festival but we are demanding a change in its philosophy. This festival should serve the interests of citizens.”

Supporters of the festival believe that it provides a positive image of Morocco while offering the population much-needed entertainment. But critics charge that it is merely a diversion.

“There is a deliberate attempt to keep the youth busy and distract them from politics,” said Ahmed Benseddik, a political activist from Casablanca. “The government wants to give the illusion that the country is modern and going through democratic change while maintaining a repressive political system.”

Many questions remain unanswered over the real cost of the event. No official figures are available. Maroc Cultures refuses to divulge the fees paid to artists, and many speculate that they are very high.

MTV and HBO were among the international media invited — all-expenses-paid — to cover the event. Despite some ambitious plans to showcase the artists in video stories, some culture reporters complained that because of poor organization they failed to get interviews with the artists and they had little material to use.

The financial aspect of the festival is raising a lot of questions and people are asking for more accountability. Some charge that the sponsors, including many state-managed companies, may have been coerced into donating big bucks.

Former Abu Dhabi National Energy Co. Chief Executive Officer Peter Barker-Homek sued the state-owned energy firm Taqa — also a sponsor of Mawazine — in a U.S. court. In the complaint, Barker-Homek stated that he “refused to bribe officials in Morocco in order to obtain the rights to build a power plant there” and he mentions having to donate $5 million for at least five years to an unnamed music festival in Morocco.

Despite all the controversy, the dozens of concerts on nine different stages attracted thousands of people — 200, 000 for Shakira alone and more than 2 million in total, according to the organization. Except for a small area in front of the stages laid out for the VIPs and guests of the festival, Moroccans enjoyed the concerts for free.

And political or not, those who went, said they had fun.

“I am just really excited to see artists I love who never come to Morocco,” said a teenage girl who said she traveled from Marrakesh to see Kanye West. “I am happy that Mawazine contributes to a good image of Morocco abroad.”