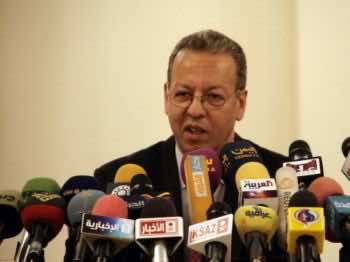 The United Nations Security Council discussed the situation in Yemen in a closed meeting Tuesday. The Security Council was briefed by the Special Adviser of the Secretary-General to Yemen, Jamal Benomar, who recently returned from the country after spending two weeks meeting key political actors from both the government and opposition. His visit, from 19 September to 3 October, coincided with President Saleh’s 23 September return to the country from Saudi Arabia, and the President failing to carry-out for a third occasion an agreement to cede power to his Vice President.

Following the meeting, the United Kingdom was expected to circulate among Security Council members a draft resolution. As reported by Reuters, according to diplomats, there is a high possibility that the resolution will be voted on next week, if not later this week.

The resolution is likely to call for the implementation of agreements that have already been signed, in particular the Gulf Cooperation Council (GCC) initiative. The initiative entails a political transition where President Saleh would yield power to the Vice President, followed by elections. Reuters reported that there is less concern that China and Russia would block a resolution, in contrast to when the two countries last week vetoed a Security Council resolution on Syria.

The meeting by the Security Council following Benomar’s return from the country, also came on the heels of Yemeni protestors Monday calling for greater UN and Security Council engagement to pressure President Saleh to step down. “Oh world, why are you silent as the people of Yemen are getting killed,” chanted pro-democracy protesters on Monday, as reported the AFP. According to the AFP, in a phone interview with Mohammed Qahtan, a spokesman of the opposition group Common Forum, Qahtan claimed the United Nations and the Security Council, in particular, would be “more effective” in ending the crisis.

Special Adviser Benomar addressed the press at the United Nations media stakeout following the Security Council’s consultations. Benomar described the contents of his briefing, which included outlining the political process to-date, and the Secretary-General’s efforts in support of national and regional efforts for a transition. He also noted that he highlighted to the Security Council the impact of the crisis in Yemen on humanitarian, human rights, economic and security conditions. “The Yemeni people have suffered throughout this crisis. And this crisis has had severe implications in terms of humanitarian, economic and security aspects,” Benomar told the press.

Benomar depicted a sobering security situation. He noted that authorities have lost control of 5 to 6 provinces in the country. This includes areas in the north of the country now under control by the Houthi insurgency, which had been fighting the government before the Arab Spring. In the South, Al-Qaeda in the Arabian Peninsula (AQAP) was taking advantage of the security vacuum due to the crisis. “There have been dramatic developments in the south, in recent weeks, recent months, with the rise of Al-Qaeda in the south, capturing, occupying three cities, an important geographic area,” Benomar stated.

The UN official also described the situation in Sana’a. Control of Yemen’s capital is divided among government forces, the forces of General Ali Mohsen who defected in March, and tribal militias loyal to the wealthy tribesmen Hamid al-Ahmar. Amidst the ongoing clashes, the youth revolution is occupying city squares in 17 locations across the country, and demonstrations continue for President Saleh to step down. The protesters have appeared recharged since Saleh returned last month.

Asked whether Yemen could become a Somalia, Benomar responded he did not want to compare situations, “But we are talking about a very serious situation evolving in Yemen, definitely.” According to analysts, the possible rise of Al Qaeda  in the Arabian Peninsula as a result of the crisis is a particular concern of countries like the United States and Saudi Arabia. This may help explain why they have been less forceful in pressuring Saleh, who they have counted on to combat the group.

Regarding the current political process, Benomar explained that efforts have been underway to develop a ‘mechanism’ to implement the GCC initiative. “That mechanism is really the document that describes in more detail how the transition is going to be organized and in this context there has been agreement on some of the key aspects.” According to Benomar, these key aspects are the transfer of power to the Vice President, early elections and a transition period to last two years while a constitution is developed, among other reforms.

Benomar noted that there appears to be a “sense of urgency” due to deteriorating conditions. He added, somewhat more optimistically, “What I sensed during my last visit is that there are important players on both sides, all willing to cooperate in order to move this process forward.” According to the Special Adviser, “We [the UN] have no separate initiative that we are putting on the table. We have no panacea for solving Yemen’s problems. We believe that this can only happen through a Yemeni lead process, an inclusive process, that will bring together all political forces in the country and in the context of an initiative that is already on the table, the GCC initiative”

The Security Council, to-date, has limited its engagement on Yemen to two press statements. The first was in June when it welcomed the GCC mediation role. More recently, it released on 24 September a press statement urging all parties to commit to the GCC initiative. The statement also stressed the Security Council members’ concerns over the economic, humanitarian and security situation.