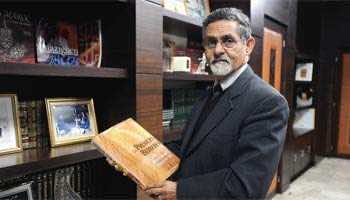 The Amazigh culture received a particular interest from several political parties which vowed to endeavor to promote it in line with the provisions of the new constitution, Rector of the Royal Institute for Amazigh Culture (IRCAM) said.

During the electoral campaign for the November 25 legislative elections, several political parties made commitment in their electoral programs to promote the Amazigh culture in accordance with the provisions of the new constitution which stipulates the official character of the Amazigh language along side Arabic, said Boukous in an interview with MAP.

In this respect, he said that several parties, including the Progress and Socialism party and the Popular movement stressed the need for promulgating the organic law providing for the integration of Amazigh in public life, and preserving the achievements in the field of integrating this language in the educational system, said Boukous.

The Popular Movement stressed the need to use Amazigh in official documents, reinforce the role of IRCAM, and generalizing the teaching of Amazigh in the educational system and the media, he added.

The Party of Justice and Development (PJD), for its part, proposed in its program the creation of more masters in Amzaigh in Moroccan universities, added the Rector of IRCAM.