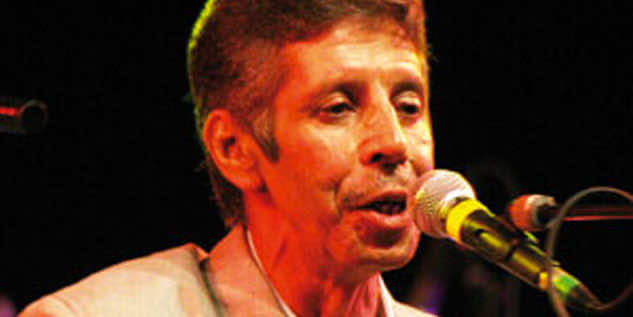 Mohamed Rouicha is a famous Moroccan singer from the Amazigh origins. This talented singer was born in 1952 in Khnifra, a small city located in the high Atlas in Morocco. Mohamed Rouicha was born to parents from distinct areas in Morocco. His father was from Khnifra and his mother from another small Moroccan city, called Tinghir.

Mohamed Rouicha’s original family name is “Elhouari.” As for the name this singer is known for, some people close to him claim that it was his mother who indirectly gave him this name when she told him “roui cha”, when she would ask him to sing her a song when he was still a novice. Both parts of the word are from the Amazigh dialect spoken in the high Atlas. The meaning of the first part “roui”, means “mix.” The second part of the word, “cha”, means “something.” If the two parts are put together, the general meaning is “mix something.” But, the literal meaning of this combination in Amazigh language, is trying to do something no matter how good or bad it may be at the end. Since then, people have been calling him Rouicha rather that his genuine last name, Elhouari.

Mohamed Rouicha was raised by his mother, Ma Aicha, after his father died soon after his birth. Mohamed Rouicha joined school when he became old enough, but unfortunately, his poverty and his passion for Loutar in some way prevented him the chance to be cultivated, as he had to choose among two destinies; having good education or being devoted to art and singing.

Finally, Rouicha made up his mind and decided to become a famous singer. He devoted much of his time to learning how to play Loutar. He was inspired by singers who were already famous by then, like Hammou Oulyazid, the spiritual father of the Amazigh poetry. When he turned 14 years old and was still smaller than his musical instrument,, Rouicha made his first song. When Rouicha recognized that his talent and capacity were beyond the three catgut of Loutar-because in the beginning Loutar contained only three catgut- he decided to try to add another intonation to Loutar by adding the fourth catgut. That was exactly what he did. The idea amazingly proved successful. From then on, his contemporaries adopted his invention.

When Mohamed Alaoui, a man who was working as an announcer in a radio station, felt that Mohamed Rouicha was a gifted person and decided to take him to the radio station where he was working to record his first song. Since then, the notoriety of Rouicha has been spreading, allowing him to reach stardom at an early age. After Mohamed Rouicha’s popular songs had conquered the Moroccan market, he could manage to prove his existence among international singers as he attended festivals all around the world. He even had a concert inside the White House in America.

Mohamed Rouicha never focused soley on singing in only his mother tongue. Rouicha’s total repertoire of songs exceeds 2,000 songs. Most of his songs were in Amazigh language, but many of his songs were also in Moroccan colloquial Arabic, including songs he sang that supported and sympathized with the Palestinian cause. So, Mohamed Rouicha, unlike many other Moroccan singers, could cater for various audiences: Amazigh and Arabs.

In 2012 after a serious illness, Mohamed Rouicha passed away, leaving an enormous musical and artistic legacy behind him. Finally, it is highly recommended that there be some streets in some Moroccan cities that bear his name as a sort of acclamation for his outstanding work and high patriotism.