Fez - Mustapha Salma said that a referendum in Western Sahara is unfeasible and Mohamed Ben Abdelaziz is Algerian. 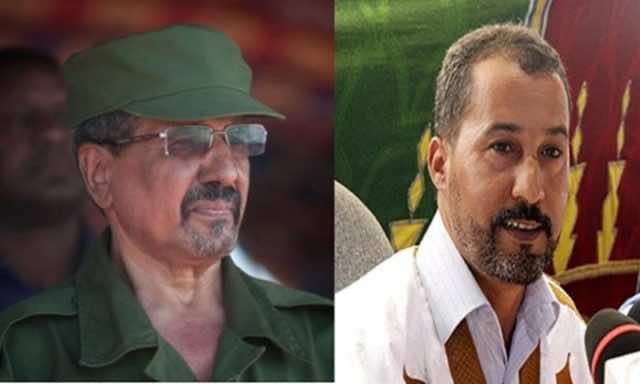 Fez – Mustapha Salma said that a referendum in Western Sahara is unfeasible and Mohamed Ben Abdelaziz is Algerian.

The one who saw is by no means like the one who heard. This is an Arabic proverb that perfectly applies to Mustapha Salma Ouled Sidi Moloud, an ex-Polisario leader and activist exiled in Mauritania for his support of Morocco’s autonomy plan, when he exposes the Polisario from within and reveals the unrevealed about the separatist organization.

In a long interview with the Moroccan Arabic news outlet Hespress, he revealed a number of facts that have hitherto been unknown; facts pertaining to civil society in the Tindouf Camps, the leadership of the Polisario, the population of the camps, and Algeria’s firm control of the Camps. But who is Mpstapha Salma?

According to his account, Mustapha Salma was kidnapped by Polisario militia at the age of eleven from Samara and taken together with his mother and siblings to the Tindouf Camps in 1979. He grew up in the Camps, was taught in the camps and worked in the camps where every single detail of a person’s life is controlled.

In the summer of 2010, Mustapha Salma visited the southern city of Samara for the first time in 31 years, and declared that the Autonomy Plan presented by Morocco in 2007 is “the ideal solution” to the conflict. On his way to the Tindouf camps, on September 21, he was kidnapped by the Polisario militia and imprisoned in the desert for 71 days.

He now seeks to return to the camps to join his family, but is being denied access. He went on hunger strike since last May 20 in front of the High commissioner for refugees’ office in Nouakchott, Mauritania. As his health deteriorated, he was urgently taken to hospital on Tuesday, June 16.

Hence, in the five Camps of Tindouf, there isn’t a single association or organization outside the Polisario Front and its parallel branches. Mustapha Salma affirms that there are many people in the camps who are dissatisfied with the Polisario leadership, but because of the iron feast of Algeria and the Polisario, they cannot express themselves.

Mustapha Salma also talked about the infeasibility of the referendum in Western Sahara, because the Polisario Front and Morocco cannot agree on “who is the Sahraoui” who can vote in the referendum.

Thus, many Sahraoui tribes were excluded such as those from Guelmim, Tantan, Tarfaya, Ifni, etc. on the grounds that they are not disputed areas.

However, using the same logic, the Polisario leader Mohamed Ben Abdelaziz is out of the game and doesn’t have the right to vote because the tribe of Al-faqra, his native tribe, which belongs to the larger tribe of Rguibat, is part of the Algerian territory and is not a disputed area.

According to the conditions he himself provided, Mohamed Ben Abdelaziz must be excluded from the referendum because he is Algerian.