CASABLANCA - Not everyone is content with the possible nomination of  Mr. Salaheddine Mezouar, the Secretary General of the National Rally of Independents (RNI), at the helm of the ministry of finance. 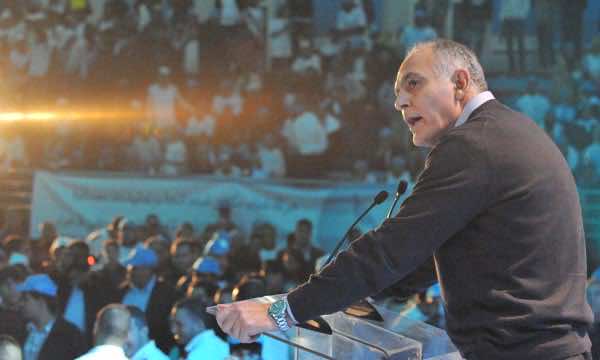 CASABLANCA – Not everyone is content with the possible nomination of  Mr. Salaheddine Mezouar, the Secretary General of the National Rally of Independents (RNI), at the helm of the ministry of finance.

For the past years, the name Mezzouar was paired with allegations of corruption when he was a Minister of Finance in Abbas al Fassi’s previous government.

As a preliminary step, the 20th February movement created a page entitled “We Reject the appointment of Mezzouar as a minister of finance and we call for his prosecution” before taking to the streets to denounce the decision.

The page shows evidence that Mr. Mezzouar benefited undeservedly from a monthly bonus estimated at MAD 80,000 transferred from the State Treasury and agreed by Mr. Nourredine Ben Souda,  the kingdom General  Treasurer.

The 20h February movement which has spearheaded the wave of protests that led to the 2011 constitutional reforms is known for condemning all forms of corruption which accounts for their aversion to Mezzourar’s nomination.

It is noteworthy that the king’s General Prosecutor had closed the case opened  by a number of Moroccan NGOs including Maroc transparency against, Salaheddine Mezouar, the ex Minister of Finance.

Unexpectedly, Mezzouar was not prosecuted but the officials who disclosed the information were legally prosecuted and their trial is still going on.

On the same occasion, Mr. Benkirane received his lot of criticism for approaching Mezzouar to fill the vacant seats in his precarious government despite his suspicious reputation. Added to the amount of disgruntlement with the government’s poor achievement, the nomination of Mezzouar is likely to add more blemishes to the PJD’s image.

Benkirane was accused of a double standard discourse in dealing with Mezzouar’s case. Indeed, prior to the 2011 elections, he had said “Corruption and oppression have their ruthless guardians. It is not reasonable for us to make any alliance with the RNI.”  But few months after his appointment at the helm of the government, his inflammatory tone become more composed.

When asked about high officials’ corruption by Al Jazeera’s journalist Ahmed  Mansour, Benkirane offered corrupt official a generous amnesty using  the  Quranic verse “Allah has forgiven what is past, but whosoever commits it again, Allah will take retribution from him.”

As soon as  the Istiqal Party pulled out from the government, Benkirane started courting his former foe, Mezzouar, asking for a helping hand, a proposition that the RNI could not possibly miss but a misstep that will certainly give a fatal blow to the PJD’s credibility.