New York Since the announcement of King Juan Carlos’ decision to abdicate the throne of Spain in favor of his Heir Apparent, Prince Felipe, the question that observers and analysts have been asking is whether this changeover of power in Spain will have an impact on the relations between Morocco and Spain. 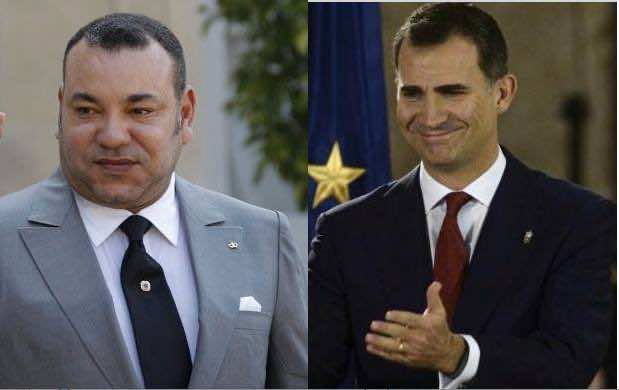 New York Since the announcement of King Juan Carlos’ decision to abdicate the throne of Spain in favor of his Heir Apparent, Prince Felipe, the question that observers and analysts have been asking is whether this changeover of power in Spain will have an impact on the relations between Morocco and Spain.

The answer lies in the strategic importance of the strong relationship between the two countries’ royal families, a relationship that the late King Hassan II of Morocco and King Juan Carlos of Spain set out to build since the enthronement of King Juan Carlos in 1975, and which the present Moroccan King Mohammed VI is now keen to preserve and strengthen.

Background of a proverbial relationship between two royal families

Since he ascended the throne, Juan Carlos has been aware that his country’s relations with Morocco are of paramount strategic importance for Spain. Based on that, the Spanish monarch, who according to some Spanish historians, admired the late King Hassan II’s personality, culture and political clairvoyance, made sure to lay the foundations of a friendly relationship between the two royal families.

Ever since, the late King Hassan II and his Spanish counterpart have been aware of the important role that the relations between the two royal families could play in strengthening the relations between their countries and in promoting confidence between their governments, especially since their bilateral relations were more often adversely affected by a number of outstanding issues, particularly the conflicts of Ceuta and Melilla and the question of the Western Sahara.

In a speech delivered on the occasion of his first official visit to Morocco in June 1979, King Juan Carlos stressed the importance of overcoming the stereotypes and clichés that had prevented a rapprochement between the two countries. Ever since, the two royal families have worked closely to strengthen their relationship and to render it not only immune to any potential diplomatic crisis between the two governments, but also one of the most important factors that would ensure the continuity of the exceptional nature of the relations between the two countries and contribute to defusing any potential crises between them.

Even at the height of the unprecedented diplomatic crisis between the two countries during the second term of former Prime Minister, Jose Maria Aznar, in 2002 the channels of communication between King Mohammed VI and his Spanish counterpart were never cut off. Moreover, King Juan Carlos played, in a number of cases, the role of mediator between the Spanish government and Morocco. In this regard, at the height of the unprecedented flow of sub-Saharan African undocumented migrants to Spain across the enclaves of Ceuta and Melilla in October 2005, King Juan Carlos held a phone conversation with King Mohammed VI and asked him to help Spain to address the wave of immigrants.

In response to the Spanish monarch’s phone call, Morocco not only agreed to tighten its control of its borders with Ceuta and Melilla, but it also acceded to Juan Carlos’ request to accept the deportation of 73 illegal African immigrants to Morocco.

In light of this history of cooperation, the enthronement of King Felipe likely will not have a negative impact on the relations between the two countries. To the contrary, because the two kings belong to the same generation, they will most likely work together to strengthen the already close relationship that exists between their two royal families and turn it into a safety valve that further immunizes the relations between Morocco and Spain against all tensions or crises that may occur from time to time.

King Juan Carlos’s official visit to Morocco in July of last year, along with a number of current Ministers and all of the foreign ministers of Spain since 1975 with the exception of Fernando Moran, is a testament to the will of the Spanish monarch to strengthen the relations between the two countries. It also shows the strategic importance of Morocco and its royal family in the eyes of Spanish royal family.

As I pointed out in the article I published last year on the occasion of the visit, in view of King Juan Carlos’s deteriorating health situation since the accident he suffered in Namibia in the summer of 2012, and the Spanish royal family’s plummeting popularity amongst the Spanish people, it is not unlikely that the King Juan Carlos had already informed King Mohammed VI of his intention to give up the throne in favor of Crown Prince Felipe. In fact, it is highly likely that King Juan Carlos used that historic visit to ensure a smooth transition in the relations between the two countries, as well as the continuity of the exceptional relationship that exists between the two royal families after he leaves power.

Spanish King Has no Say in Spanish Foreign Policy

Analysts still remember that, during the diplomatic crisis between Morocco and Spain during 1999-2003 due to Morocco’s refusal to renew its fishing agreement with the EU, and the issue of illegal immigration, former Prime Minister Jose Maria Aznar marginalized the role of King Juan Carlos in easing the atmosphere between the two countries and bringing their relations back to normal.

Aznar did not only sideline the Spanish monarch. At the height of the crisis between the two countries because of the islet of “Perejil” (Leila) in July 2002, which coincided with the wedding of King Mohammed VI, the Spanish monarch did not attend the wedding. Despite the fact that the Spanish press highlighted, during the crisis, that King Mohammed VI had not sent a formal invitation to his Spanish counterpart, and that the ceremony coincided with the “Perejil” crisis, the main reason that prevented King Juan Carlos from attending the wedding was political. In fact, Prime Minister Jose Maria Aznar made Juan Carlos’s presence at the wedding conditional on the return of the then Ambassador of Morocco, Abdeslam Baraka, to his post in Madrid. In this regard, the Spanish government at the time issued a press statement in which it stressed that Juan Carlos would not attend the wedding even if he was invited.

However, with the return of the Socialist Party to power in 2004, the former Spanish Prime Minister, Jose Luis Rodriguez Zapatero, adopted the same approach as his predecessor, Felipe Gonzalez, which consisted of involving King Juan Carlos in strengthening the relations between the two countries. This was evident during the visit carried out by King Juan Carlos to Morocco in January 2005, which constituted the start of a formal re-normalization of the relations between the two neighbors.

There is significant detail that demonstrates the excellent relationship that binds the two royal families: as his plane landed at Marrakech airport, King Juan Carlos was greeted by all members of the royal family, including Prince Moulay Rachid, Princess Lalla Salma and Princesses Lalla Mariam, Lalla Asmae, and Lalla Hasnae.

Continuity of the excellent relations between the two royal families

Based on the foregoing, I think that the enthronement of Felipe will ensure the continuation of the excellent relations between Morocco and Spain, especially since these relations have reached what we might call a stage of maturity, as the two countries’ officials have succeeded, to a great extent, in immunizing the relationship against all the traditional outstanding issues that have had a negative impact on their bilateral relations.

Given the qualitative leap in these relations despite the Popular Party’s return to power, the policy of positive neutrality observed by Spain with regard to the Western Sahara issue and its implicit support of the Moroccan autonomy proposal, I believe that Morocco should continue to keep the issue of Ceuta and Melilla on the back burner for purposes of its relations with Spain, and leave this thorny issue to the future when conditions are appropriate to address it.

For clear objective reasons, Morocco cannot play on two fronts, seeking to reclaim Ceuta and Melilla at the same time that it cannot find a resolution to the issue of the Western Sahara. On the other hand, if Morocco were to open up the issue of Ceuta and Melilla in this particular period, it would adversely affect the relations between the two countries, which may lead Spain to adopt a hostile attitude towards the Moroccan position on the Western Sahara issue.

In the broader context, Spain is among the candidates for a non-permanent seat on the UN Security Council for the period 2015-2016. In the highly likely case that Spain wins its bid for a position, Morocco would need Spain’s support in the Security Council to push for a political resolution to the Western Sahara conflict in line with Moroccan interests and avoid the politicization of the issue of human rights. Spain is among the countries of the Group of Friends of the Western Sahara along with France, the United States, Russia, and the United Kingdom.

Notwithstanding the current favorable climate of understanding and cooperation that characterizes the relations between the two countries, there is still a need for Morocco to act with caution and avoid bringing up controversial issues that might endanger the relationship.