Casablanca - Men of power, world-renowned intellectuals, financial magnates — whether feared or envied, Fassi families have been the elite of Morocco. Who are they and what is their history? 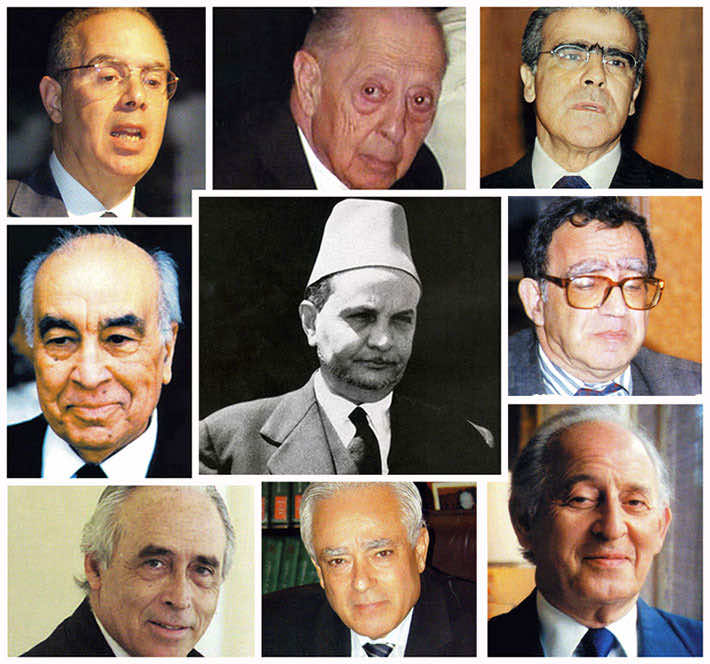 Casablanca – Men of power, world-renowned intellectuals, financial magnates — whether feared or envied, Fassi families have been the elite of Morocco. Who are they and what is their history?

One of the rare specialists who has meticulously analyzed the Moroccan socio-political system, John Waterbury, defines Fassi families (people from Fez) as an example of an urban elite which has preserved its traditions, alliances, and experiences, even when it moved away from Fez to other cities.

Up until the 18th century, a notable Fassi belonged to one of three groups that coexisted in the medina of Fez: Shorfa, Andalusians, and Beldyin.

The Shorfas, descendants of conquerors and of Ali, the cousin and son-in-law of the Prophet, grew rich without hindrance and even enjoyed a number of privileges. They played the role of the nobility and also acted for the benefit of the community.

The Andalusians, chased out of Spain during the Spanish Inquisition, migrated to Morocco as late as 1666 by taking advantage of their nisba (their Arab family origin, just slightly less elevated than the shorfas), and owe their social rise to learning and trade.

In al-Qarawiyin, many of them have become religious scholars. Families of letters, such as Bensouda and Belhaj, have been continually recognized from 1600 to 1900. Other Andalusians like the Tazi, Bennis and Benjeloun families have made their fortunes through pilgrimage caravans.

The third group, the one which has struggled most to gain acceptance, is known as “Beldyin” or “Islamyin,” until 1750, and consists of Jews who converted to Islam in the 15th century.

Having suffered the discrimination and animosity of the Shorfas, they became great traders, international negotiators, and scholars.

The Fez elite did not constitute a formal power, but rather a network created by the alliances between families that increased their financial resources and strengthened their relations.

On the eve of the 20th century, the boundaries between these three groups vanished. From then on, the distinction is made only between two large categories. The first (Jamaï, El Mokri, Benslimane, Bensouda, El-Fassi) are close to the state, after generations of employment in eminent and high-level administrative jobs (grand viziers, ministers of finance, etc.).

The second (Benjelloun, Tazi, Lazrak, Lahlou, Berrada, Sqalli), mostly merchants, was marked by the business they conducted since 1830, from Casablanca to Manchester, India, etc.

The secret behind the success of the Fassis in preserving their position as the Moroccan elite till the mid-1980s is primarily economic, because their ascent was rapid and favored by the authorities.

According to Waterbury, some families increased their wealth in the agri-food industry and in transportation during the French Protectorate, for example. The international networks the Fassi established, along with their spatial mobility, endowed them with an intrinsic strength.

State favoritism of the Fassi elite was reinforced by three elements that were convenient for the Palace: an elitist school, a nationalist party (Al-Istiqlal Party, also called the “Fassi Party” by the popular movement), and a deep-rooted conservatism among Fassi families.

Some of the important families

The Shorfas (Arab and Andalusian)

Sqalli: Descendants of Al-Hossein, they ruled Sicily during the Muslim Shiite reign. Leaving Andalusia, many went to live in Ceuta and others in Fez. Many of their lineage were Faqihs. They were the favorites of the Almohads.

Kadiri: Descendants of Al-Hassan. Once Baghdad was invaded by the Tartars in 1285, Abdlqader Ljilani emigrated to al Madina and then to Granada. Two centuries later, Abou Abdellah Mohamed, one of his descendants, went to Fez.

Tahiri: Descendants of Al-Hossein. When they arrived from Andalusia, they had the reputation of possessing the sandals of the Prophet. Their aura of mystery is closely guarded.

Alaoui: Belonging to a more important branch of Mohamediyyin, they are descendants of Al-Hassan. In contrast to other important families, they lived in Fez Jdid, built by the Merinids next to the royal court.

Amrani Joutey: Descendants of the Wali, Ahmad Shabih, they are known by the surname of Shabihiyyin. Since 1730, they have been the major naqibs of the sanctuary of Moulay Idriss.

Iraqi: They came from Egypt in the 14th century, after fleeing the Tatar invasion of Baghdad.

The Andalusians (Arabs or Beldiyin)

Benchekroun: Of Jewish origin (Chakroun), they converted to Islam at the instigation of the Almohads and were always a family of letters and scholars.

Benjelloun: Of Arab origin, they were recognized by the Makhzen after Talib Benjelloun (who died in 1842), who was previously master of the Fez caravan, became the close counselor of the Minister of Finance.

Bennis: Of Arab origin, they were both merchants and part of the Makhzen. In 1837, a certain El Madani, who had been the Minister of Finance, pushed tanners to strike after having wanted to impose a tax on the tanning industry.

Al Fassi: Of Arab origin, they constituted a family of well-learned men of letters who even had a brotherhood. They worked for Sultan Moulay Ismail, who chose two brothers and one cousin for high-level administrative work.

El Kohen: the only family of Jewish origin who accepted the request of the Almohads to convert to Islam, but who were courageous enough to keep their name.

Guessouss: Of Arab origin, they are mostly men of letters. They were made famous by the story of Alem Abdesalam, who was executed by Moulay Ismail because he supported the people who refused the annexation of the slave army.

Sebti: Of Arab origin, they settled in Ceuta and Fez and did not create a fortune until during the Second World War, when they rapidly sold food products and materials they had put in reserve at exorbitant prices.

Originally published in French on TelQuel. Translated from French by Najah Elyahyaoui. Edited by Jessica Rohan