Rabat - Answering the call of Islam, 19 football fans converted to Islam after meeting team Mission Da’wah from the British Islamic Education and Research Academy during the World Cup. 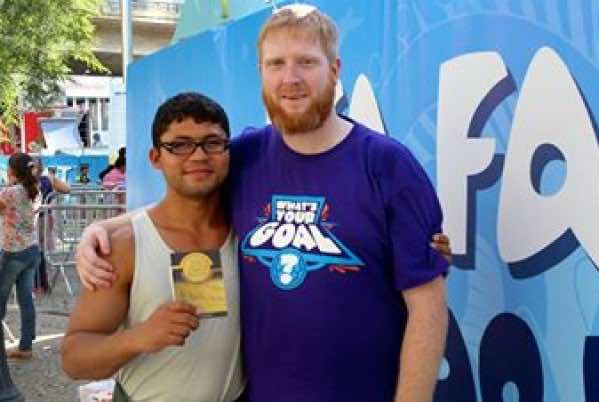 By
Aziz Allilou
-
Aziz Allilou is a student at the Higher Institute of Media and Communications (ISIC) and Morocco World News correspondent in Rabat.
Jul 12, 2014
Spread the love

Rabat – Answering the call of Islam, 19 football fans converted to Islam after meeting team Mission Da’wah from the British Islamic Education and Research Academy during the World Cup.

Talking to the Anadolu Agency, Sheikh Khaled Taky El din, President of the Supreme Council of Imams and Islamic Affairs in Brazil, announced on Friday that three more football fans, “including a Briton, a Spaniard, and a Brazilian have taken the declaration of faith (shahada) within the past couple of days after getting introduced to the teachings of Islam by the campaign launched by the Council.”

“The three fans knew about Islam from the da`wah stalls following “Know Islam” campaign before expressing their wish to join Islam,” he added.

Along with the three fans that converted to Islam recently, the World Cup has seen the conversion of sixteen more fans of different nationalities, according to Sheikh Taky El din.

While Brazil was getting ready to host FIFA world Cup, staff members at the Federation of Muslim Associations in Brazil (Fambras) were preparing their own warm welcome forforeign football fans that were expected to attend the tournament.

A written guide entitled “Salam (hello) Brazil” has been produced for the World Cup. According to Sheikh Taky El din, over 65,000 copies of the 32-page booklet have “been published by the Union of Islamic Associations of Brazil, in cooperation with the Omani embassy in the South American country.”

The 28-page booklet details everything from prayer times and mosque locations in each of the country’s 12 host cities to information about Islam in Brazil.

The 28-page booklets were being distributed by a branded “Salam Bus” that has been travelling around the country. The bus carries the slogans “Conheco o Islam” (Know Islam) and “Islam é Paz” (Islam is peace).