Casablanca - Social media across the world was abuzz in recent weeks with outrage and condemnation before a misleading picture linked to ISIS was proven to be a hoax. 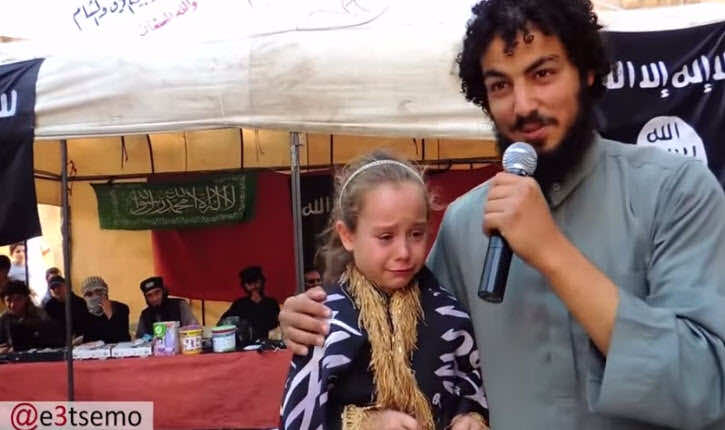 By
youssef sourgo
-
Youssef Sourgo is currently a Master’s student in Linguistic and Literary studies at Ain Chok Faculty of Letters and Humanities.
Aug 18, 2014
Spread the love

Casablanca – Social media across the world was abuzz in recent weeks with outrage and condemnation before a misleading picture linked to ISIS was proven to be a hoax.

The picture shows an ISIS member, seemingly in his thirties, with a seven-year-old, crying girl, who had been interpreted as his bride. The photo sparked widespread condemnation on social media before a video on YouTube proved it to be a hoax.

The picture generated several theories. The most popular theory is that the young girl had been converted to Islam before being forced to marry the ISIS member appearing in the picture, according to IB Times.

The website Arabic Canada solved the mystery surrounding the “outrageous” picture, by sharing a video of what seems to be a Quran recital competition—from which the picture was taken—organized by ISIS in Klassa, a neighborhood in Aleppo, in 2013.

The video shows the ISIS member, who was misleadingly presented as the young girl’s groom, having a small chat with her before she recites verses of the Quran.

Feeling embarrassed for making several mistakes during her recitation, Ghada, the young girl, starts crying before the man returns. He then clearly tries to comfort her and boost her spirits.