Rabat- The initial investigation into Moulay Abdellah Stadium's field conditions in Rabat during the quarterfinal match of the FIFA Club World Cup on Saturday the company in charge of the stadium's construction cut corners when designing the field's drainage system. 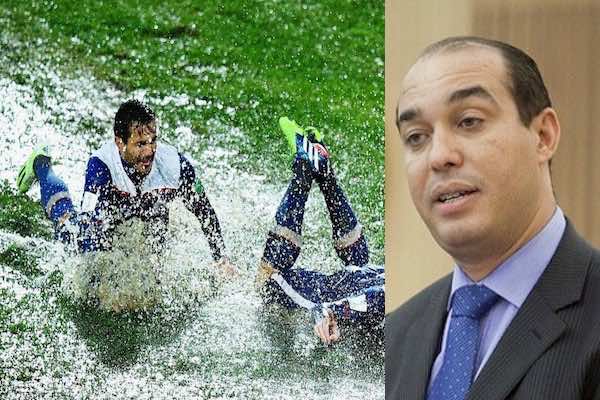 Rabat- The initial investigation into Moulay Abdellah Stadium’s field conditions in Rabat during the quarterfinal match of the FIFA Club World Cup on Saturday the company in charge of the stadium’s construction cut corners when designing the field’s drainage system.

Mohamed Ouzzine, Minister of Sport, claimed that after the immediate investigation, the company did not construct the necessary drainage system for the stadium, resulting its near flooding Saturday.

He explained that the company constructed with the sports complex’s maintenance conducted earlier reports defending its quality, sacrificing the credibility of the report’s findings.

Recent conditions in the stadium spurred the FIFA Club World Cup committee to move the semifinal match between Cruz Azul and Real Madrid, scheduled to take place on Tuesday in Rabat, to Marrakech.