Ifrane - French radio station Europe 1 published a video interview on Thursday of Mustapha El Khalfi, the Moroccan Minister of Communications and spokesman for the Moroccan government, addressing bilateral relations between Morocco and France. 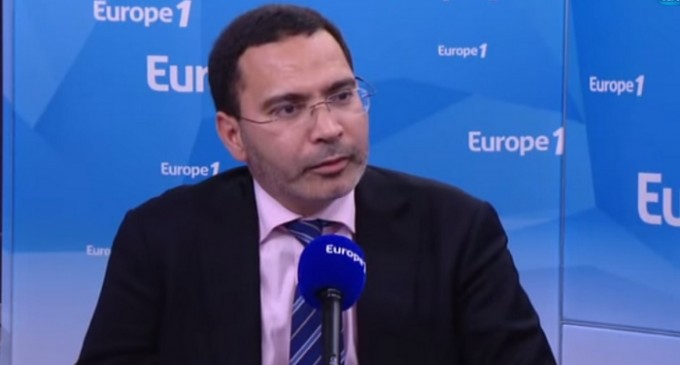 Ifrane – French radio station Europe 1 published a video interview on Thursday of Mustapha El Khalfi, the Moroccan Minister of Communications and spokesman for the Moroccan government, addressing bilateral relations between Morocco and France.

Ironically during the interview, despite being the minister for “communications,” Minister El Khalfi did not communicate effectively and in fact was rather unresponsive. While the Minister did clearly state that he wants to emphasize the future of the relationship and the collaboration between the two countries, his responses were ambiguous and shaded when they could have been clearer and still be politically correct

Without having a background in communications, one can nevertheless appreciate how ineffective the Minister’s overall reactions and responses were in terms of conveying the Moroccan government’s message.

To go further, I personally perceived the Minister’s communication during this interview to be ineffective, because he could have responded to a number of questions without dismissing them or claiming that his responses were very clear, when in fact they were not.

Regarding the first question about Bashar Al Assad’s regime, the Minister could simply have responded by stating the official position of Morocco towards the regime without rejecting the journalist’s question or giving a lengthy number of details. I believe that the minister continuously gets updated on the official statements and stances of the kingdom, especially the ones provided by the different Moroccan ministries.

Thus, without even making an enormous effort or providing his personal opinion, he could have rephrased the statements and provided the main causes and reasons of the Moroccan-French conflict and the implication of the head of Moroccan intelligence Abdellatif Hammouchi, as well as the Minister of Foreign Affairs, Salaheddine Mezouar.

As a spokesman for the Moroccan government, Minister El Khalfi is supposed to be a good communicator and a representative of Morocco’s voice and image. Nevertheless, one cannot effectively communicate and represent the country if he doesn’t’t totally understand the questions being asked and keeps repeating the same words without clearly elaborating on them. There are many ways to prepare for an interview, and one of them is to get the main information on what the discussion will be about.

While watching the video, I had the impression that the minister was only aware of the titles of the conflict and could not construct sentences with wise word choice. However, even if his communication was misleading and ineffective, I believe that the Minister of Communication has considerable knowledge of the Moroccan-French conflict, but that was not able to convey this knowledge in a politically correct manner due to communication constraints and a deficiency in execution.