Miami - This Sunday, September 27, the night sky around the world will feature an unusual alignment known as a supermoon lunar eclipse, a rare phenomenon which will not reoccur until 2033. 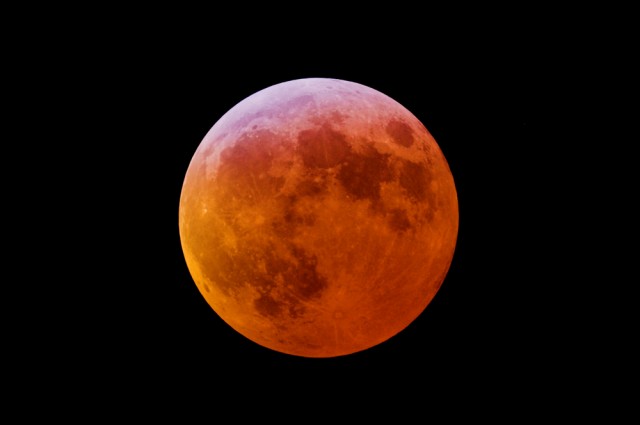 By
Karla Dieseldorff
-
Karla is an award-winning actress and producer.
Sep 27, 2015
Spread the love

Miami – This Sunday, September 27, the night sky around the world will feature an unusual alignment known as a supermoon lunar eclipse, a rare phenomenon which will not reoccur until 2033.

This celestial event is the combination of two different occurrences. The supermoon will coincide with the lunar eclipse, making it a special phenomenon that has only occurred 5 times since the year 1900, according to a NASA video report.

On its own, a supermoon happens when the Moon orbits around its elliptical (oval orbit) and reaches its closest point to Earth, making it appear 14% larger in size. At the same time, during a lunar eclipse, the Moon passes and hides behind the Earth’s shadow, giving it a red color.

This Sunday night’s event will be best observed by those in the U.S., Central and South America, Europe, the UK, and Africa. It will be harder to view for those in Alaska and western Asia, reported iflscience website.

Even though the entire supermoon eclipse will take about 5 hours, it will only be visible to the naked eye for approximately 70 minutes, between 10:11 pm and 11:23 pm EDT on Sunday night, when the Moon will appear red.

According to the same source, the lunar eclipse is also called the “blood moon” effect due to the red hint that shows when sunlight “refracts” or “bends” through the atmosphere landing on the Moon’s surface giving it a red hue in the “electromagnetic spectrum.”

Sunday’s lunar eclipse will be the fourth and last in what is called a “lunar tetrad.” Only 50 lunar tetrads have been reported in the last two millennia.

If you are unable to go outside and watch the sky show, follow NASA TV’s livestream for coverage of the supermoon lunar eclipse.

This is the kind of event that happens only once in a lifetime. If you miss it, your next opportunity will be in 2033.

(Morocco’s local time for viewing the superlunar eclipse is Monday, September, 28 between 3:11 am and 4:23 am.)