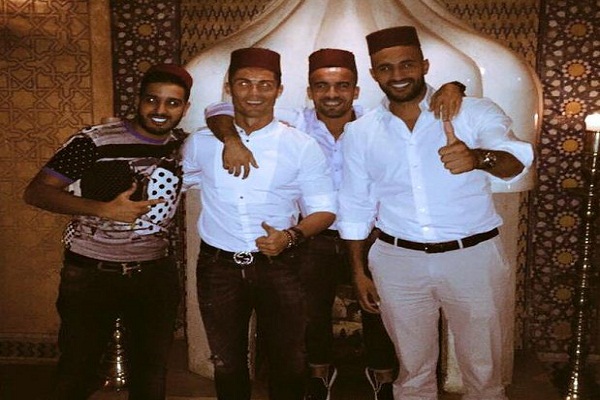 Ronaldo arrived in Marrakech late Thursday night in a private jet from Porto, in order to celebrate his national team’s qualification for Euro 2016 with a 1-0 win over Denmark.

Moroccan kick-boxer invited Ronaldo to a traditional Moroccan dinner on Friday night. Hari posted a picture on social media along with Ronaldo and a few friends, while wearing the small red cap known as the Moroccan Tarboosh.

On Friday afternoon, Hari posted another picture on his Facebook page alongside Ronaldo, where they appear having a good time in swimming pool in Marrakech. 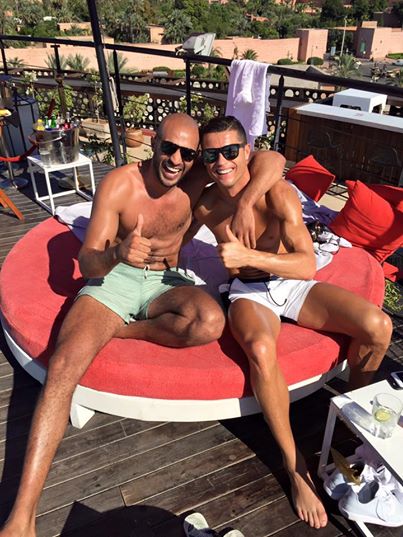 Earlier on Thursday night, Ronaldo allegedly went out to Marrakech’s best night club, Theatro. He appeared in a video footage with Badr Hari, enjoying the atmosphere at the club.

Portugal qualified for Euro 2016 with a 1-0 win over Denmark last Thursday.  It’s been more than 11 years since Ronaldo starred for a Portugal side that was hosting the European Championships in 2004. They were beaten by Greece in that final.