Taroudant - Moroccan-Dutch Khadija Arib of the Labour Party (PvdA) was elected on Wednesday as the new chairwoman of the House of Representatives. 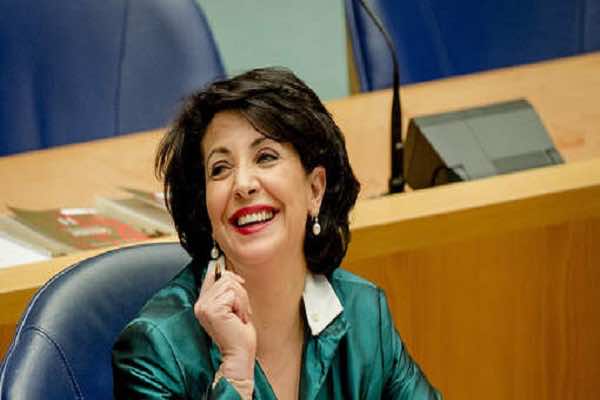 By
Larbi Arbaoui
-
Larbi is a freelance writer and assistant editor at Morocco World News.
Jan 13, 2016

Taroudant – Moroccan-Dutch Khadija Arib of the Labour Party (PvdA) was elected on Wednesday as the new chairwoman of the House of Representatives.

After four rounds of voting, she came out as the winner with 83 of the 134 valid votes, beating Madeleine van Toorenburg of the Christian Democratic Appeal and Martin Bosma of the Party for Freedom, who obtained 32 and 11 votes respectively.

“I’m a very touched,” Arib said, immediately following the acceptance of the presidency of the House.

“It will be a President of the House for everyone, who will work with great conviction and I will “act where necessary,” she added.

Arib praised her fellow candidates for supporting her during all the previous rounds.

The Moroccan-Dutch, 55, who has been a member of parliament since 1998, will preside the House of Representatives until March next year, when parliamentary elections are scheduled to take place.

With her remarkable political career, Arib has become the first Muslim to achieve such privileged politic position in the Netherlands.

However, she is not the first Moroccan national to achieve a respectable political position in the Netherlands. Ahmed Aboutaleb, the Moroccan-born son of an Imam, has been the Mayor of Rotterdam since January 5, 2009.

Previously named Dutchman of the Year, Aboutaleb was also named the most popular politician in the Netherlands in March 2015