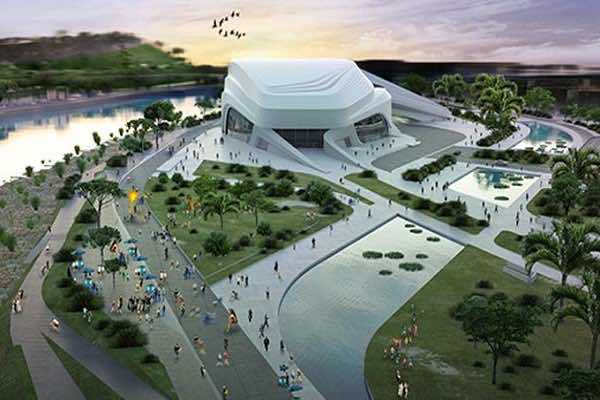 By
Aziz Allilou
-
Aziz Allilou is a student at the Higher Institute of Media and Communications (ISIC) and Morocco World News correspondent in Rabat.
Mar 6, 2016
Spread the love

A Memorandum of Understanding for the construction of a new shopping mall in Rabat has been signed between Aksal group, a group that holds exclusive rights in Morocco to distribute various fashion brands, and Wessal Capital, a Moroccan private equity investment fund with key partners from Kuwait, Qatar, Saudi Arabia and the United Arab Emirates.

A statement by Aksal said the future Rabat shopping center will be built on a total area of nearly 6 hectares and will house more than two hundred retail stores and restaurants. It will also feature 200 international brands of retail and restaurants, a hotel, a cinema, a national library, an archeological museum, and a cultural center.

The new mall center will be located in the Wessal Bourgereg project, a mega project on the banks of Bourgereg river that aims to reinforce the urban development of Morocco’s capital with an investment totaling $1.1 billion.

The MoU was signed by the CEO of Aksal Salwa Akhannouch and the CEO of the Moroccan fund tourism development and member of Wessal Capital Board, Tarik Senhaji.

Salwa Akhannouch remains one of the most successful businesswomen in Africa. Her group Aksal holds 50 % of Morocco Mall in Casablanca, the biggest shopping mall of Africa.

Her Mall, which was inaugurated in 2011, covers more than 250 000 m2. It attracts every year 15 million visitors and generates a turnover estimated at 5 billion dirhams.

In 2012,  Salwa Akhannouch received in Cannes, the MIPIM Award in the category of the best shopping mall for its architectural beauty.