Amsterdam - Anti-Islam campaigner and MP Geert Wilders knew exactly what he was doing when he led a crowd of supporters in an anti-Moroccan chant and the speech was carefully prepared, according to RTL Nieuws. 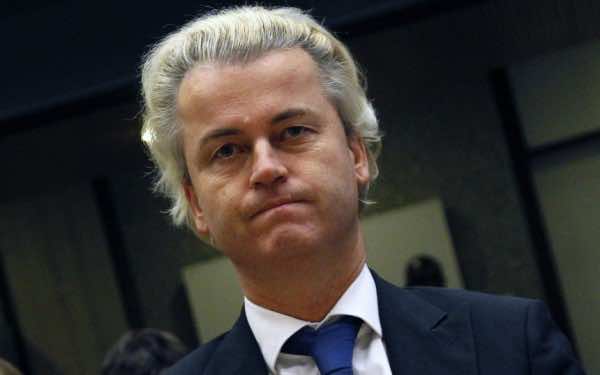 Amsterdam – Anti-Islam campaigner and MP Geert Wilders knew exactly what he was doing when he led a crowd of supporters in an anti-Moroccan chant and the speech was carefully prepared, according to RTL Nieuws.

The news broadcaster’s claim is based on witness reports given to detectives investigating Wilders for discrimination and inciting hatred.

The case dates back to a gathering with supporters in The Hague in March 2014, when Wilders asked the crowd ‘and do you want more or fewer Moroccans in your city and in the Netherlands?’ To which the crowd chanted ‘fewer, fewer, fewer’. ‘We’ll arrange that,’ Wilders said, smiling, when the chanting died down.

A worker for Wilders’ PVV party told police there had been considerable discussion about the choice of words Wilders would use, RTL said.

Floris van Zonneveld said the team discussed whether Wilders would ask the crowd about criminal Moroccans or just Moroccans. This means Wilders was well aware that the speech, written by fellow MP Martin Bosma, would cause an outcry.

In addition, the audience was instructed by another party worker, named as Tim Vermeer, to chant ‘fewer, fewer, fewer’, RTL said. He told police he had received a phone call from party headquarters and told to organize the chants and the subject of the speech.

Wilders faces a court case in October about the chanting. Part of the public prosecution’s case rests on proving that he spoke the words deliberately and realized their likely impact.

The chanting, and other comments made several days earlier, led to two MPs, MEPs and a handful of local and provincial councilors breaking ties with the PVV.