Rabat - Morocco has decided to return to African Union (AU) , according to Moroccan newspaper Akhbar Alyoum. "A diplomatic source approached by Akhbar Al Yaoum has confirmed the desire of Morocco to resume its seat in the pan-African organization,” the paper reported. 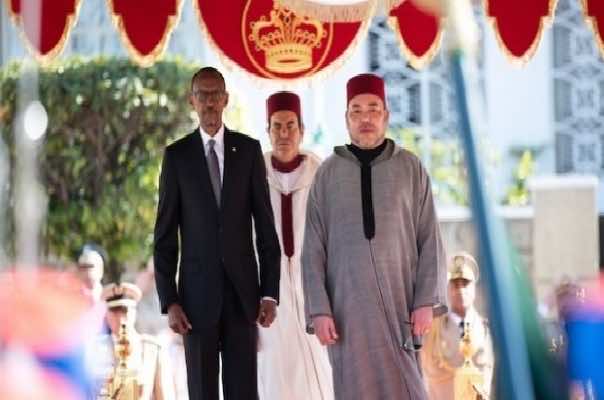 Rabat – Morocco has decided to return to African Union (AU) , according to Moroccan newspaper Akhbar Alyoum. “A diplomatic source approached by Akhbar Al Yaoum has confirmed the desire of Morocco to resume its seat in the pan-African organization,” the paper reported.

The African Union, which replaced the Organization of African Unity (OAU) in 2001, includes all 54 African states besides Morocco that are members of the United Nations. Morocco decided to withdraw from the continental organization in 1984 after the OAU accepted the self-proclaimed Saharawi Arab Democratic Republic (RASD) as full-fledged member state.

According to the same source, this historic move is anticipated to be announced during the 27th AU Summit scheduled to take place in Rwandan capital of Kigali on July 17-18. In preparation for the event, Morocco’ foreign Minister Salahedine Mezouar has visited several African capitals, including Egypt, Libya, Sudan, Senegal, Tunisia Cameroon, Cote D’ivoire, and Ethiopia.

“An informed source said Minister Mezouar’s tour in Africa could aim for the preparation of a trip of King Mohammed VI to participate in the African Union Summit, while Rabat has so far merely marked its presence by sending the Minister of Foreign Affairs and Cooperation to the sidelines of the AU summits,” the same source told al-Yaom.

Morocco received Rwandan President Paul Kagame, who is the chair of the summit, on June 20-21.

King Mohammed VI held direct talks with President Kagame at the Royale Palace in Casablanca, where he decorated Rwanda’s Head of State with the Order of Muhammed (Wissam al-Mohammadi), the highest state decoration of the Kingdom.

It appears that the Rwandan President’s visit to Morocco aimed to convince Morocco to return to the African Union.

In recent years, several African countries have called upon Morocco to return to its seat at the African Union.

In May 2015, Senegal’s Foreign Minister Mankeur Ndiaya said the AU cannot be fully viable of without Morocco.

“Morocco is a fully fledged member of the African family, and none has the right to exclude the Kingdom from the AU,” he said during King Mohammed VI’s visit to Senegal.

“We think that now is the time for Morocco to return to the African Union, in conditions to be determined,” he added.