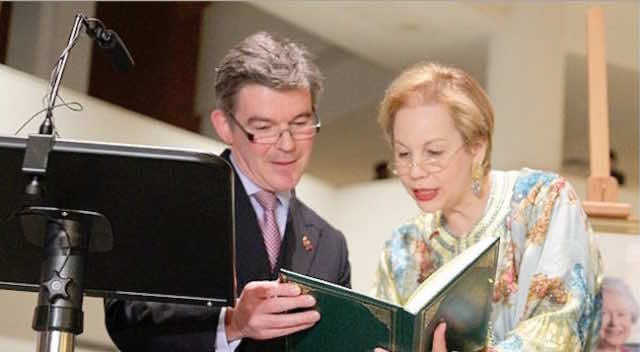 Fez – The second half of 2016 seems almost invincible. Besides the daily loss of lives, immigration increase and refugees crisis, various unanticipated events have occurred. Both Britain’s exit from the European Union (Brexit) and Morocco’s pending return to the African Union have  been remarkable issues that define a positive new stage for Morocco as a developing country.

Brexit has  affected the international scene and triggered a global concern. The referendum results have left the world with destabilized thoughts and a questionable mind.  Hundreds of questions have been raised, a number of interpretations have been released. Some of them were from realists, others constructivists and others liberalists. The Brexit remains on daily news, and as a country that has strong ties with the UK, Morocco is concerned as well.

Hints on the European Union

The referendum result that were held on June 23rd provided a new shape to the European Union. Whether it will  affect the EU negatively or positively remains difficult to estimate.  Since 1945, the EU gained more members until it reached 28 members. The idea of British statesman Winston Churchill to cooperate the European countries as an economic and a political body was a good strategy to decrease chances of war and challenge upcoming events. The EU has been a well-constructed international organization that played an effective role in the development of European countries in different sectors. The free transactions of goods and services recorded positive outcomes, where workers and traders from different European countries move freely inside the European Union. The 28 member states share, indeed, various other policies and legislations concluded by the EU institutions and agreed on them since the foundation of the EU, which makes it a common single zone.

One of the impressive policies adopted by the EU is the CAP or the Common Agricultural Policy that was launched in 1962. It is a partnership between agriculture and society on one hand  and between Europe and its farmers on the other hand. As  cited in its official website, the CAP aims to improve agricultural productivity to have a stable supply of affordable foods for the customers and to ensure a reasonable living for the EU farmers.  Since the UK, is  an important country in agriculture, it owns a vital place in the CAP. The question is: will it remain?

Why did the Brexit happen? What was the main goal  of Britain out of this decision? – these are some of the questions that need to be clarified to have a better understanding  of how this could affect the countries in relation to Britain like Morocco. How will this affect the Moroccan- British relations?

For this purpose, MWN was honored to welcome Dr. Jack Kalpakian who is a professor of International Relations at AlAkhawayn University Ifran, Morocco. A Foreign Policy specialist, Dr. Kalpakiane is an expert in fields like terrorism, water resources management, environment, climate change, Drip irrigation and Middle Eastern issues. He holds a Master’s and a PhD in International Studies from Old Dominion University and a Bachelor’s degree from Santa Clara University.

MWN: We are going to start with the Brexit itself; there are a number of interpretations that explain the UK’s decision to leave the EU. Some analysts reference political matters, others economic benefits and others immigration and borders standards. How would you describe the Brexit?

Dr. Jack Kalpakian: It was the inevitable result of decades of anti-EU narratives by the right-wing press in the United Kingdom. The Sun and the Daily Mail have wasted forty years generating anti-European feelings in the UK, and it eventually had an effect.

MWN: As a political analyst, would you assume that the Brexit is related to state interest to power and hegemony or contending the rest of powers like USA, China, Japan and the rising BRICS?

Dr. Jack Kalpakian: No, it actually shows that the issue of power itself is a form of idealism. There is no rational reason for a Brexit precisely because of the change represented by the BRICS. A UK outside the EU will not be able to deal with even the smallest member of the BRICS, South Africa, on anything resembling an equal basis.

MWN: In one word, why did this decision come out?

MWN: Why did David Cameron decide to quit his position as the UK prime minister?

Dr. Jack Kalpakian: His publicly stated reasons are the real reasons. He supported the Remain camp and he lost, meaning that he did not have the support of the people.

Churchill, who was Britain’s leader, was the one to propose the unification of European countries after World War II in 1945 to prevent any possibility of another third war. He, however, did not join this organization until the 60s. The UK did not appreciate the Schengen plan and introduced its own borders plan. It, indeed, refused to have a shared currency (the Euro).

He was in opposition then and his “United States of Europe” idea ran counter to the nationalism that was later expressed by De Gaulle.  Churchill was last in power during the 1950s, well before the emergence of the European Community and before the UK joined the EEC in the 1970s.  The problem, in my view, is that the elite in the UK persuaded themselves that they live in a post-modern, post-national society, without bothering to check whether this view was shared by those who read the Sun and the Daily Mail, and also without building consent for a united Europe, by continuing to insist that it will remain a single market.

France opposed British membership because it felt that it would give the US a veto in Europe. The third country that lost most with the Brexit is actually the United States.

How can the Brexit be interpreted?

From an IR perspective and based on a realist point of view, the Brexit can be seen as double edged sword. The Brexit can be seen as a negative decision, it could be seen as a positive step for Britain as well.  Starting by the positive side, we can relate the Brexit to the state interest concept. Britain might have wanted to quit to build itself again as it used to be during the 19 centuries where it was a great maritime power. Working itself independently from the EU might open new doors of success for Britain as it would be able to create new relations with other states around the world without any interventions from the EU members. It would be able to invest more in other countries far from the Eurozone. Generally, the British trade and economy would not be dramatically affected as it has never agreed to use the Euro or approve the Schengen area. It preferred to have its own borders rules and currency policies.

However, if we consider the negative side of this decision, things could darken again. The British Prime Minister David Cameron clarified in one of his speeches that the exit would surely affect the national security of Britain, its economy, future policy making as well as the rest of its sectors. Therefore, the Brexit would have effects on the economy, trade and security. As Britain will no more benefit from the EU facilities towards its member states like having the free market, hence its economy might be negatively affected and the relations with its partners like China and India would be affected as well.

The 51.9% who wanted to quit the EU neglected the risks that their country might face in the future. Northern Scotland and Ireland might vote in favour of the EU and remain EU members, which can affect the UK union and lead to its dissolution. There is also the risk of the state crisis in the market and the risk of losing future possible cooperation outside the EU with the 27 countries. The analysis can go far into assuming that the Brexit could lead to the EU dissolution. How is that? If the Brexit recorded success in the future, it would draw the attention of the rest of the EU members into experiencing it as well and they would look for independence.

The Moroccan-British relations are one of the longest relations in Morocco’s records. According to the Moroccan-British Society (MBS), both kingdoms had their first contact in the 13 century. Thereafter, the exchange has been established during the 16th century, where trade transactions continued to grow.

Nothing can continue to be sweet forever, the Moroccan-British relations witnessed obstacles and pressures throughout the history. However, they recovered through the signature of a number of treaties related to peace and commerce during the 18th century.

After the Moroccan independence in 1956, the British-Moroccan bilateral affairs grew and have been tightened with the mutual royal visits. The first official visit was paid by Queen Elizabeth in 1980, where her Excellency was warmly welcomed by the royal family. His Majesty Hassan II paid his first visit to the UK as well 7 years later.Years later, another official visit was paid by the foreign office minister Peter Hain and it resulted in a new partnership between Morocco and Britain for the new millennium. Their good relations are also shown through the parliamentary relations; the British parliament has a British-Moroccan group that actively participates in the British parliament’s activities. In terms of economy and commerce, Britain is Morocco’s 3rd largest trade partner.

One of the marking achievements was the creation of the MBS that was meant to provide and allow the Moroccan-British people to acquire a better mutual understanding of their civilization, culture, academic, political, scientific, economic and commercial institutions.  It is, indeed, a way  to promote and foster friendly relations.

MWN: We know that Morocco, as a developing country and like any given state, has connections with other entities. Morocco has great ties with European countries including France, Spain… and the UK. How will Morocco  be seen by the UK after the Brexit? Will their bilateral relations be affected by this change?

Dr. Jack Kalpakian: The only difference is that there may be some export opportunities for Moroccan businesses to the UK in terms of items excluded by the Common Agricultural Policy.

MWN: Since the 13th century, the Moroccan-British relation have been in place. Will the Brexit help in decreasing or increasing the British-Moroccan relations in terms of trade operations, political and economic cooperation and the cultural cooperation?

Dr. Jack Kalpakian: Overall, there will be no noticeable change for Morocco, save for the slight increase in exports to the United Kingdom. The Brexit is of slight benefit to Morocco!

MWN: In terms of the economy, records show a good increase in terms of economic transactions between both kingdoms. As being mentioned by the UK embassy, the trade between Morocco and the UK increased threefold from 1996 to 2006 and passed 1 billion pounds during 2008; yet, the world crisis led to a decrease in trade between both nations. My question is, will the Brexit be counted as a crisis or will it create the effect of a crisis?

Dr. Jack Kalpakian: There may be some positive economic benefits of the Brexit for Morocco, but this will not be a crisis.  Also, if the negotiations go badly, the large British community in Spain may have to either leave or take Spanish citizenship, meaning that these well-off people may end up seeking new homes in Morocco, given its prices and climate.