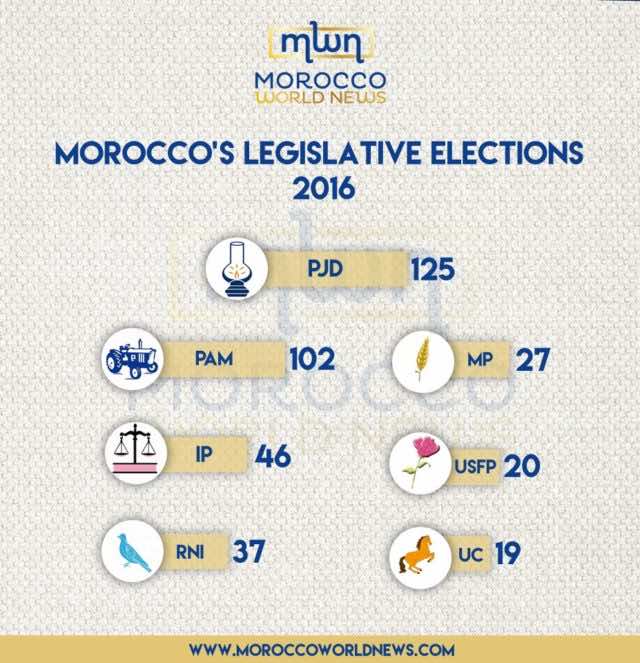 The results showed several major parties losing their seats to the two loud and proud archrivals: the ruling Justice and Development Party (PJD) and the opposition Authenticity and Modernity Party (PAM).

The Islamist PJD won 125 of the House of Representatives’ 395 seats, giving Head of Government Abdelilah Benkirane a second five-year term in the highest public office in the kingdom. It increased its presence in the national legislature by 18 seats.

But it seems the PAM did most of the seat stealing. Led by Ilyas El-Omari – who argued that Benkirane had not achieved what he had promised during his 2011 campaign – the secular party won an additional 55 seats, bringing its share of the parliament to just over a quarter of the House.

The Istiqlal party, which painted itself as an “alternative” to the new bipolarity forming between Islamists and secular leftists in Moroccan elections, lost 14 seats – pointing to the rise of tighter divisions between competing political ideologies.

Voters awarded the National Rally of Independents, led by Foreign Minister Salaheddine Mezouar, 37 seats – 15 less than they did in 2011.

The Socialist Union of Popular Forces (USFP) saw its representation in the parliament nearly halve, from 39 seats in the previous elections, to 20 seats this time around.