Rabat - King Mohammed VI sent a message of congratulations to Mariano Rajoy over winning a confidence vote in parliament to become Spain's Prime Minister for a second term. 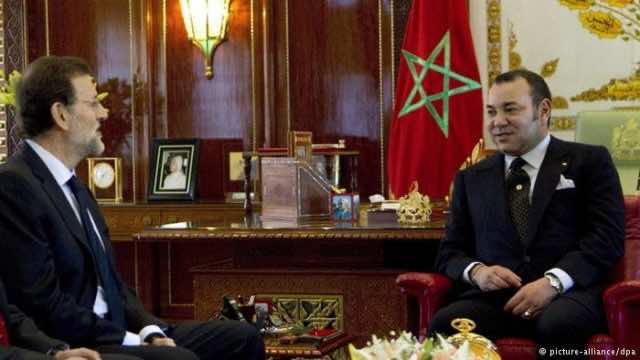 Rabat – King Mohammed VI sent a message of congratulations to Mariano Rajoy over winning a confidence vote in parliament to become Spain’s Prime Minister for a second term.

In this message, the King extended to Rajoy his heartfelt congratulations and sincere wishes for success in conducting his mission to serve the neighboring and friendly Spanish people.

The sovereign seized this occasion to hail efforts made by Rajoy to achieve the aspirations of the Spanish people for further progress and prosperity, spur the country’s economic growth and foster its active presence regionally and internationally.

The monarch also voiced satisfaction with the solid ties of friendship, shared esteem and good neighborliness between the Kingdoms of Morocco and Spain, reaffirming his strong determination to working together with Rajoy in order to reinforce strategic partnership and boost solidarity and north-south cooperation.

The King underlined his resolve to continue coordination and cooperation between the two countries in the different issues of shared interest and adherence to international efforts seeking the peaceful settlement of conflicts in order to promote security and stability in the world.