Casablanca — Following the slew of acts of discrimination that occurred after Donald Trump’s election to the U.S. presidency, Zaineb “Zee” Abdullad ecided to do something about it. 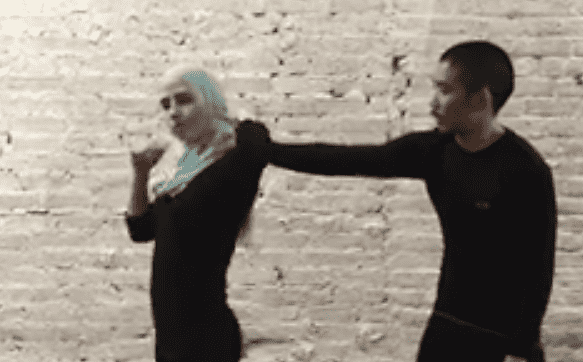 Casablanca — Following the slew of acts of discrimination that occurred after Donald Trump’s election to the U.S. presidency, Zaineb “Zee” Abdullad ecided to do something about it.

Zaineb “Zee” Abdulla, a 24-year-old Chicago woman and Vice President of Deaf Planet Soul, a non profit for the Deaf and hard of hearing, decided to post a series of self-defense videos after seeing the recent spike in racially motivated incidents, reports BuzzFeed News.

Abdulla, who teaches a self defense class for people with disabilities, decided to pair up with Misho Ceko, head instructor at Chicago Mixed Martial Arts, to develop a series of instructional self-defense videos geared towards Muslim women.

The moves, what Abdulla calls the “Hijab Grab Escape,” are narrated in both English and ASL, and give tips on how to fend off attackers who may attempt to grab a woman’s hijab:

“In this post-election hate-crime spike,” the Facebook post says, “self defense is more important than ever. Practice this move until it becomes muscle memory and teach your body to react before thinking.”

She shared the videos on social media on Tuesday, November 15 and has since received various requests from different organizations to teach more self defense courses, reports BuzzFeed News.

Since then, Abdulla has taught one class and told BuzzFeed News that “One-hundred percent of participants indicated improved levels of self confidence, self-esteem, and sense of safety.”