Madrid - The Spanish Civil Guard arrested, on Wednesday in Irun, in the autonomous region of the Basque Country (north), a Moroccan who was planning to join the terrorist organization of ISIL, said the Spanish Interior ministry. 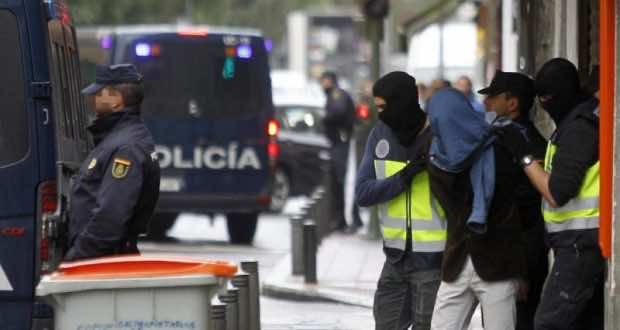 Madrid – The Spanish Civil Guard arrested, on Wednesday in Irun, in the autonomous region of the Basque Country (north), a Moroccan who was planning to join the terrorist organization of ISIL, said the Spanish Interior ministry.

The suspect is part of a group of radicalized people who have been under investigations, since 2013, by the civil Guard, said the same source in a statement, recalling that two members of this group were arrested on terrorism charges in December 2015 and last October, in Pamplona and Calahorra respectively.

The accused was carrying out, via the internet, propaganda activities for the benefit of ISIL, it went on, saying that this person further intensified his action, after the arrest of the two other terrorists, in social networks and through direct contacts with people in his surrounding.

The probe helped the Spanish security services to find out that the arrested man has tried recently to join ISIL, noting that he traveled to Turkey for this end and was deported thanks to international police cooperation.

The Spanish national police arrested, on Wednesday in Aranjuez (near Madrid), another Moroccan national living in Spain for suspicion of spreading ISIL jihadist propaganda, the Spanish interior ministry announced earlier in the day.