Casablanca - American actress  Lindsay Lohan, has reportedly converted to Islam and Muslims from around the world are flooding her twitter with congratulatory and welcoming tweets. 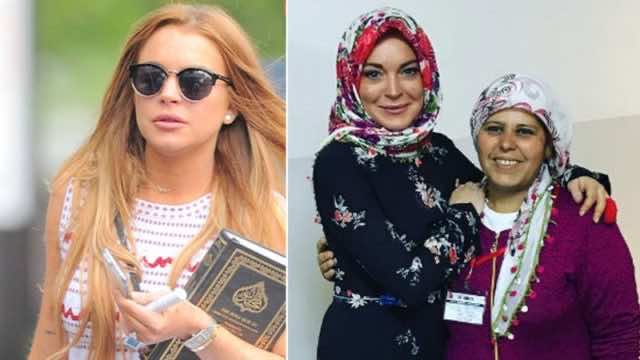 Casablanca – American actress  Lindsay Lohan, has reportedly converted to Islam and Muslims from around the world are flooding her twitter with congratulatory and welcoming tweets.

After the controversy that followed a viral photo of the American actress and singer carrying the Quran, Lindsay Lohan has resurfaced in international media, deleting the content of her Instagram account.  In her bio, she wrote “Alaikum Salam”, the Islamic phrase used in returning greetings and translated as “and unto you, peace.”  This has been widely interpreted as a sign that she’s converted to Islam.

Muslims around the world have been interested in how Lohan’s story would unfold as she showed signs of leaning toward the Islamic faith. Her Twitter account has been flooded by messages, welcoming the 30-year-actress into Islam and taking pride in her new spiritual journey.

Many have retweeted a statement from the American actress saying:

“The Quran opened doors for me to experience spiritually, to find another true meaning. This is who I am.”

Lohan’s story with Islam began last year when a Saudi friend gave her the Quran after she moved to London. She later went to Dubai and then to Turkey to volunteer as a refugee advocate. Recounting the trouble she endured following the picture of her holding the Quran to a Turkish TV show, she said:

“They crucified me for it in America […] they made me seem like Satan. I was a bad person for holding that Quran,” noting that she was relieved when she returned to London after the controversy in the US, feeling “unsafe”.

Ms. Lohan added that studying Islam is a choice for her to make freely. “This is my own will,” avowed the American actor.