London - Fake news is not the only challenge facing online publishers and social networks in 2017; child sex trafficking victims and activists are pushing for amendments to the Communications Decency Act, a United States law that says website owners are not responsible for content posted by users.

London – Fake news is not the only challenge facing online publishers and social networks in 2017; child sex trafficking victims and activists are pushing for amendments to the Communications Decency Act, a United States law that says website owners are not responsible for content posted by users.

Earlier this month, Backpage.com, the second largest online classified advertising site in the USA, removed its Adult section, which had been responsible for approximately 90% of the company’s profits, according to a recent Senate Subcommittee report. The company cited “unconstitutional government censorship” and “new government tactics, including pressuring credit card companies to cease doing business with Backpage.”

This followed an unsuccessful lawsuit by three child sex trafficking victims, who claimed Backpage promoted the sexual exploitation of minors, and the release of the US Senate Subcommittee report, which found that Backpage manually edited Adult ads until 2012, including removing terms like ‘Lolita’ or ‘Amber Alert’ that typically signified underage girls, before posting the sanitized ads. The National Center for Missing and Exploited Children claimed that Backpage was involved in 73% of all child trafficking reports it received from the public.

Mary Mazzio is the director of I Am Jane Doe, a documentary out next month on Backpage and child sex trafficking victims. “All those children wanted to do is litigate whether an online operator is responsible for online harm,” she told The Stream on Al Jazeera last night. “To date there has been very little responsibility but we’re now seeing the Facebook fake news crisis. It’s 20 years later and technology has accelerated so quickly that our legal framework has not kept up. To what extend do online portals bear responsibility, particularly if they are profiting?”

After her daughter had been missing for nine months, Kubiiki Pride found the 14-year-old for sale in the Adult section on Backpage.com. “When I asked them to remove the pictures of my child, they did not do so. My problems with Backpage began there,” she told The Stream. “I was very happy to have found my child, on this site. But when you look at the dynamics of how brain-breaking it is to see your child, your baby, in a compromised position being advertised for sex, in America, I think conversations should be had to stop this from ever happening, to stop this long-term damage every happening again.”

“The reality is that Backpage has adapted, edited and passed through third party content that is responsible for generating revenue off human trafficking and modern-day slavery,” sex trafficking survivor Brooke Axtell, founder and director of She Is Rising, told The Stream.

“It’s their responsibility to create a solution – greater measures for verification of identity, protocols for intervening, and protections for young people. At this time, they’re not able to do that, so legally and ethically they have a responsibility to shut their own site down and stop hiding behind the rhetoric of freedom of speech while silencing the voices of the countless children who have been bought and sold on their site. I have listened to far too many stories from young women and girls who have had their lives ripped apart because in such a short amount of time they can be posted as a commodity… While these girls will spend a lifetime recovering from trauma, the CEO of Backpage and those who benefit financially will reap the rewards of exploitation.”

Brooke quoted a University of Texas study released yesterday that found that 73 000 children are trafficked into the sex trade every year in Texas alone. “It’s a common myth that this isn’t prevalent here. It’s prevalent because there’s a demand for it.”

Elizabeth Nolan Brown, associate editor at Reason magazine, pointed out that the debate doesn’t only impact Backpage. “We see cops conducting sex trafficking and prostitution stings on Facebook and now through Snapchat,” she said. “When Backpage closed, everyone was saying, ‘Oh, I suppose everyone’s going to advertise on Instagram now.’ These other sites haven’t sufficiently shut this down either or else the cops wouldn’t be able to routinely conduct stings this way. So would you also go after Facebook and Instagram and Snapchat and all of the other sites?”

Backpage declined to join the discussion on The Stream but Elizabeth argued that shutting down their Adult section was misguided. “The government has gone after various websites in the United States,” she told The Stream. “This is about the fifth website its gone after in the same way – and each time the ads just migrate to a different site. Unless you are going to extensively police all of the internet, there’s no way to really stop that.”

When asked what she would do to curb child sex trafficking online, she said, “I would not try to drive people onto encrypted sites, onto the dark web, back to street corners and alleys, and off sites where prostitution advertising is in the open and sites will actually coordinate with law enforcement.”

She claimed that Backpage had been collaborating with law enforcement. “They report hundreds of ads a month to The National Center for Missing and Exploited Children… They turn over financial records and email addresses for people who post those ads. So when they find this, they don’t just try and cover this up, they try to actually help and stop this. They don’t want it to happen either.” 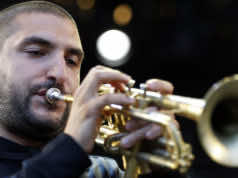