Rabat - In a letter to the president of the State of Palestine, Mahmoud Abbas, King Mohammed VI has expressed his disapproval of U.S. president Donald Trump's pledge to relocate the US embassy from Tel Aviv to Jerusalem. 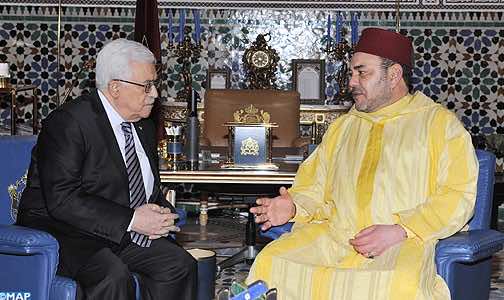 Rabat – In a letter to the president of the State of Palestine, Mahmoud Abbas, King Mohammed VI has expressed his disapproval of U.S. president Donald Trump’s pledge to relocate the US embassy from Tel Aviv to Jerusalem.

Newly elected president Donald Trump repeatedly announced his intention to relocate the US embassy from Tel Aviv to Jerusalem during his election campaign.

On January 23, White House  press secretary, Sean Spicer confirmed that Trump’s team is in the “beginning stages” of discussing a plan to move the US embassy in Israel.

Israel views Jerusalem as its capital, but most of the world considers the city’s disposition to be a matter of peace negotiations.

If Trump’s plan is executed, America would be the first country since 2006 to recognize Jerusalem as the capital of Israel.

In his letter, King Mohammed VI reassured Abbas that he is aware of “the dangers that threaten the legitimate situation of the occupied al-Quds (Jerusalem)”

He went on to explain that “The possible transfer of the United States embassy from Tel Aviv to the holy city” could “undermine the efforts made to improve the condition of the Palestinian cause.”

The king underlined that Morocco will be supportive in the defense of the holy city, as well as in “the protection of the legitimate rights of its inhabitants, guaranteed by International Law.”

King Mohammed VI, chairman of the Al-Quds Committee, said he is ready to “coordinate” with Mahmoud Abbas, “other Arab and Islamic leaders,” and “countries that support the Palestinian cause,” to “defend by all possible means legal, political and diplomatic, the legitimate status of Al-Quds East.”