Toronto - Brokered by former US Secretary of State John Kerry, a regional peace initiative was turned down last year by Israeli Prime Minister Benjamin Netanyahu, according to an article released by The Associated Press (AP). 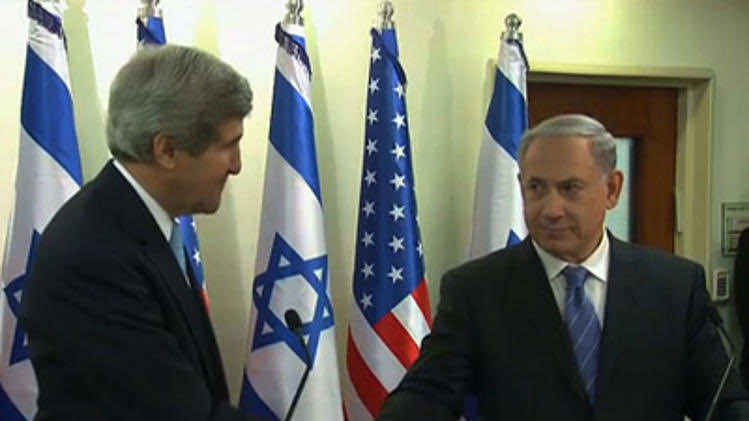 Toronto – Brokered by former US Secretary of State John Kerry, a regional peace initiative was turned down last year by Israeli Prime Minister Benjamin Netanyahu, according to an article released by The Associated Press (AP).

Last February a secret summit was held in the Jordanian city of Aqaba. Present at the meeting were King Abdullah II of Jordan and Egyptian President Abdel Fattah el-Sissi. As reported by Israeli newspaper, Haaretz 1, the proposed deal included regional recognition of Israel’s status as a Jewish state, as well as a promise to renew peace talks with the Palestinians, bolstered by the support of the two Arab countries.

Despite the recognition of the State of Israel being an avowed “must-have” requirement for Netanyahu, he rejected the offer categorically, stating he would never be able to obtain support for it back home.

According to two former Obama administration officials, the attempt also represented a period of communication with moderate Israeli leader, Isaac Herzog. This too was doomed to failure, however, when Netanyahu recruited nationalist leader Avigdor Lieberman instead and then appointed him as defense minister.

According to the same source, the proposal had also stipulated Jerusalem as a shared capital for Israelis and Palestinians and it softened the wording of the “right of return” of Palestinian refugees who lost properties to Israeli settlements. Pulling back on his plans for further settlements is thought to be another factor in Netanyahu’s decision to turn the proposed deal down.