Casablanca - Morocco’s Ministry of Foreign Affairs and Cooperation has unveiled on Friday, February 24, that Morocco has informed the President of Liberia and the current President of the Economic Community of West African States (ECOWAS) that it “seeks to join this regional group as a full member.” 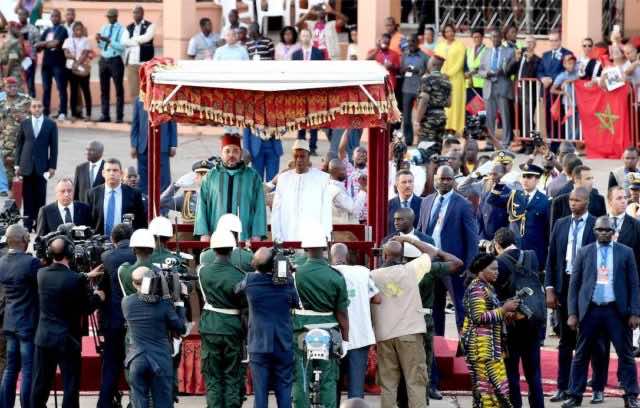 Casablanca – Morocco’s Ministry of Foreign Affairs and Cooperation has unveiled on Friday, February 24, that Morocco has informed the President of Liberia and the current President of the Economic Community of West African States (ECOWAS) that it “seeks to join this regional group as a full member.”

The Ministry of Foreign Affairs and Cooperation released a statement on February 24 stating that Morocco’s decision comes from the instructions of King Mohammed VI in the context of “the royal tour in Africa, and particularly in the states of West Africa.”

The statement from the ministry points out that this request is “in line with the requirements of the Economic Community of West African States,” and Morocco meets all the criteria for membership. Also, the ministry argues that Morocco’s move is a culmination of the “strong political, humanitarian, historical, religious and economic ties” with the countries of West Africa.

“Morocco’s ties with members of the Economic Community of West African States has been strengthened in recent decades, through the 23 royal visits to 11 countries in the region,” further asserts the statement, noting that the hundreds of agreements signed have given a strong impetus to the bilateral cooperation with the 15 member states of this group.

The Ministry of Foreign Affairs and Cooperation also highlighted that the desire to join the group sprung from the royal vision of regional integration in Africa, which “is key for economic development.” It also added that the decision aligns with diplomacy goals in Africa, “which culminated in Morocco’s return to the African union”.

ECOWAS was established in 1975 with the goal of creating and encouraging economic cooperation between member states in services and production particularly in relation to industry, agriculture, energy, transport, and trade.

The members of this group subsequently signed the Non-Aggression and Common Defense Pact in 1978 creating the possibility of deploying a force to combat belligerent forces in the event of armed conflict between two countries.