Toronto - Another mosque was the target of an arson attack in Florida. This time it was the Daarus Salaam Mosque, also known as the Islamic Society of New Tampa. 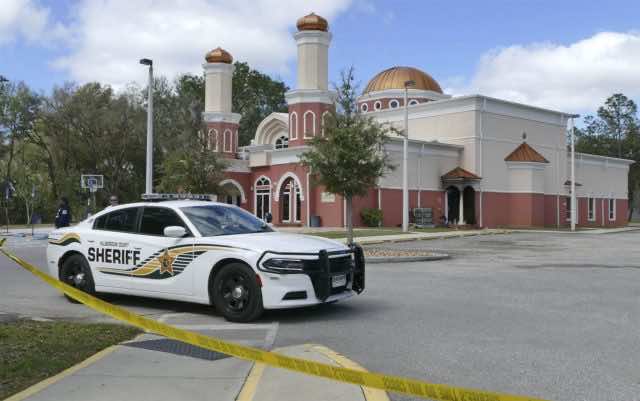 By
Constance Renton
-
Constance graduated from the Television and Radio Broadcasting Program at Canadore College in 1983.
Feb 26, 2017
Spread the love

Toronto – Another mosque was the target of an arson attack in Florida. This time it was the Daarus Salaam Mosque, also known as the Islamic Society of New Tampa.

Early Friday morning an automated fire alarm went off, summoning area firefighters to a fire on the mosque’s doorstep, according to the Huffington Post.

It was the third such fire in the Tampa area in less than a year. Worshippers arriving for prayers found their center cordoned off and an investigation underway. It wasn’t long before it was identified as arson, according to the spokesman for the Hillsborough County Fire and Rescue, Corey Dierdorff; “Physical evidence led us to believe it was arson.”

Parishioner Shakiel Humayun, described his feelings and those of his community; “The anti-Islamic threats targeting our community and community centers are horrible and are painful and a very sad reminder of the work that still must be done to root out hate and prejudice and evil.”

Wilfredo Ruiz, spokesman for the Florida chapter of the Council on American-Islamic Relations (CAIR) described the fire as another hate crime but expressed gratitude that no worshippers were injured or killed. “Our prayers are with the New Tampa Mosque community; and we a grateful that no one was physically hurt.” CAIR has put up a $5,000 reward for anyone with information about the fire that might lead to an arrest.

Dierdorff maintains it is too early to determine if the recent spate of mosque fires in the area are connected. “We’re still in the very beginning stages of the investigation,” he told Huffington Post.

CAIR’s executive director, Hassan Shibly, is calling for President Trump to break his ongoing silence about rising anti-Muslim hate crimes and denounce this and other incidents which Shibly calls “terrorist attacks.”

Trump’s anti-Muslim rhetoric before and after his election win is being widely blamed for the sharp spike in anti-Muslim and anti-Semitic hate in the US, all with seeming impunity. According to a Southern Poverty Law Center report, vandalism against Muslim mosques and organizations rose a staggering 400% in 2015, compared with 2014, and the number of anti-Muslim hate groups tripled in 2016.

The Trump administration’s refusal to deal with the issue or even acknowledge its existence was on display last week by press secretary, Sean Spicer. When asked a question about the rise in anti-Muslim hate groups, Spicer opted to launch into a tirade about “Islamic terrorism” instead of answering the report’s question.

As for the Daarus Salaam Mosque, an online crowd funding page has been started. As of Friday evening, nearly $11,500 of the $40,000 target had already been raised.