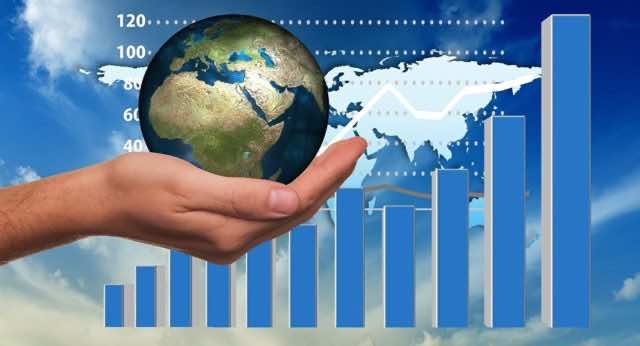 Casablanca  –  The E7 economies of Brazil, China, India, Indonesia, Mexico, Russia and Turkey are predicted to dominate almost 50% of the global Gross Domestic Product (GDP) by 2050, while 7G economies’ share to drop to around 20%, according to a recent report by PricewaterhouseCoopers (PwC), a multinational professional services firm.

The report, titled “The long view: how will the global economic order change by 2050?”, ranked 32 states, which currently account for about 85% of the world Gross Domestic Product (GDP), by their 2050 projected GDP in Purchasing Power Parity (PPP) terms.

The world economy is predicted to roughly double in size by 2042, “growing at an annual average rate of around 2.6% between 2016 and 2050,” according to the report.

“We expect this growth to be driven largely by emerging market and developing countries, with the E7 economies of Brazil, China, India, Indonesia, Mexico, Russia and Turkey growing at an annual average rate of almost 3.5% over the next 34 years, compared to just 1.6% for the advanced G7 nations of Canada, France, Germany, Italy, Japan, the UK and the US.”

This shift in global economic power from the advanced economies, particularly in Europe, to emerging economies will continue. By 2050, the E7 economies are predicted to dominate around 50% of the world GDP, while G7 countries’ share to drop from over 30% in 2016 to just around 20% by 2050.

Based on GPD in PPP terms, the report projects that, by 2050, six emerging markets will dominate the world’s largest economies’ top ten list, with China remaining in the lead accounting for about 20% of the world’s GPD.

Turkey is forecast to rise to the 11th place and override France, which will drop from the 10th place to the 12th.

The report projects that Vietnam, the Philippines and Nigeria could make the greatest moves up the GPD (PPP) rankings by 2050, with an average annual GDP growth rate of 4% to 5%.

“Emerging economies offer great opportunities for business – the numbers in our report make it clear that failure to engage with these markets means missing out on the bulk of economic growth we expect to see in the world economy between now and 2050,” commented John Hawksworth, the Chief Economist at PwC.

“To succeed, businesses will need to adopt strategies with the right mix of flexibility and patience to ride out the short-term economic and political volatility that is a normal feature of emerging markets as they mature.”