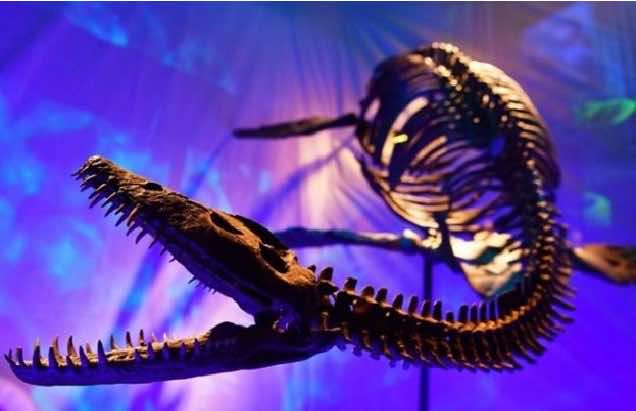 Rabat – The recently-announced auction of an aquatic dinosaur skeleton unearthed in Morocco has been canceled.

The auction house at the Drouot Hotel in Paris stated that the fossils will not be sold, following a meeting between the Moroccan ambassador to France Chakib Benmoussa and the auction commissioner, Alexandre Giquello.

The plesiosaur, a 9-meter-long marine reptile with a long neck and turtle-like flippers, was originally discovered in Khouribga, Morocco. According to Spanish news outlet La Republica, the fossils were illegally transported out of Morocco in 2011.

The Moroccan Association for the Protection of Geological Heritage wants to repatriate the fossils of the 66-million-year-old plesiosaur. “We will not stay with our hands crossed,” stated the Director of Cultural Heritage in Morocco, Abdelá Alaui, on Wednsday, according to La Nación.

“This is about our national heritage. There will be an investigation to find out how this fossil, of a species that only exists in Morocco, was able to leave the country.”

In a statement to the French press on Wednesday, a Drouot representative announced their decision to cancel the sale of the skeleton, which had been priced starting at 350.000 euros, according to La Republica.

Nezha Lazraq, an expert paleontologist at the University of Marrakesh, commented that, considering the size of the skeleton and the amount of bones it contains, it is suspicious that it was able to exit the country illegally, according to La Republica.

Following four years of rehabilitation work, the plesiosaurus skeleton has been restored to 75 percent of its original state. It will be exhibited in its current state in the Drouot Hotel March 4 to 7.