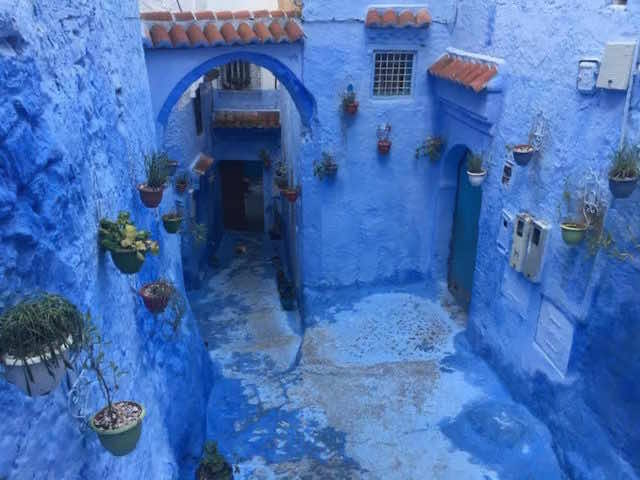 Rabat – Just as the sun set, our bus began its journey upwards. With each winding turn, it climbed higher into Africa’s northern-most mountain range.

Eventually, a turn spilled our group on top a ledge whose sole building was marked in blue by the name “Hotel Chefchaouen”. Beyond the hotel, carved into the mountainside, sat a city of tiny lights. We wouldn’t see its trademark blue until morning.

Chefchaouen, the small Moroccan city famous for its winding blue interior, has become one of the country’s most popular tourist locales. Attracting back-packers from across the strait and around the world, the blue city’s bustling miniature markets and lush surrounding wildlife give its visitors a sense of secluded wonder. 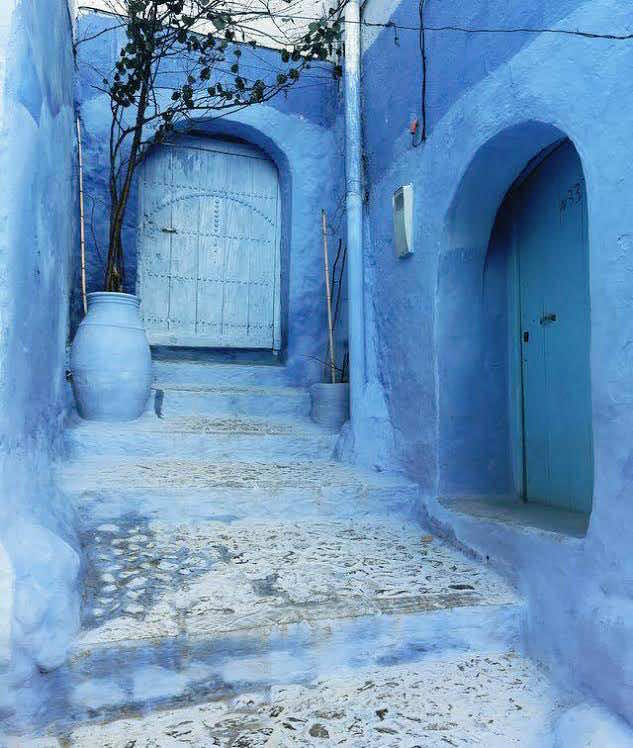 After settling in at our little blue hostel, nestled into our little blue street, we began the search for dinner.  We opted for a classic Moroccan spread of lentil soup, pastilla, and naturally, tajine, at one of the few spots still open for late arrivers.

The next morning, we planned to check out Chefchaouen’s natural offerings. A handful of our group set their sights on the “Grand Cascade d’Akchour”, a waterfall just outside the city’s limits. After a forty-minute drive along unpaved road, the bunch spotted the trailhead and began their ascent. 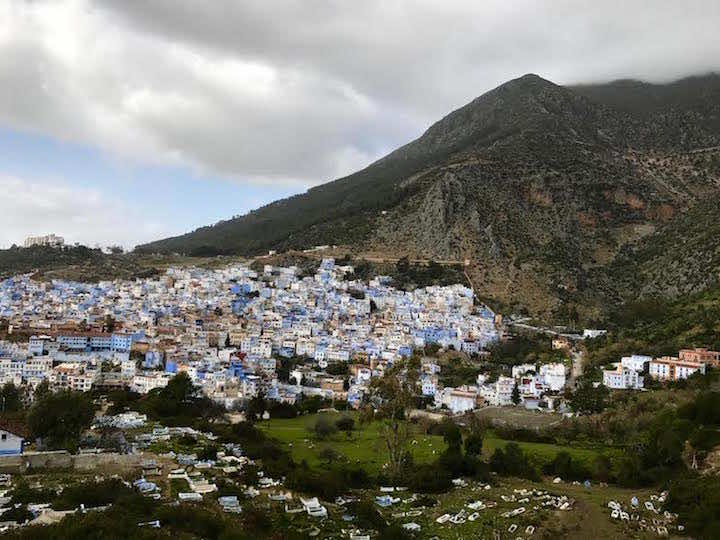 Others decided on a less strenuous excursion: a trip up to the “Spanish Mosque”. Sitting alone atop a hill to the city’s East, the abandoned mosque offers clear views of Chefchaouen’s ancient casbah (the area surrounding a citadel) and sturdy medina walls. As we climbed towards the stone structure, we passed small herds of slow-moving sheep and a haphazard, colorful old cemetery.

On our final day, we took to the markets. The group splintered as we wound down diverging alleys, all in search of our own treasure. Some sought out woolen djellabas (traditional, long hooded robes) and agave-silk scarves, while others hunted for the Chefchaouen’s celebrated hand-knit rugs, most sewn in geometrical Amansigh weaves. Once all offers had been made, and final prices established, we stowed our plunder atop a 14-wheel bus and began our decent.  As sandstone peaks of the Riff Mountains disappeared through our dusty windows, we said “baslama” to the blue city. 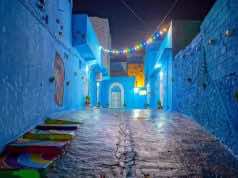