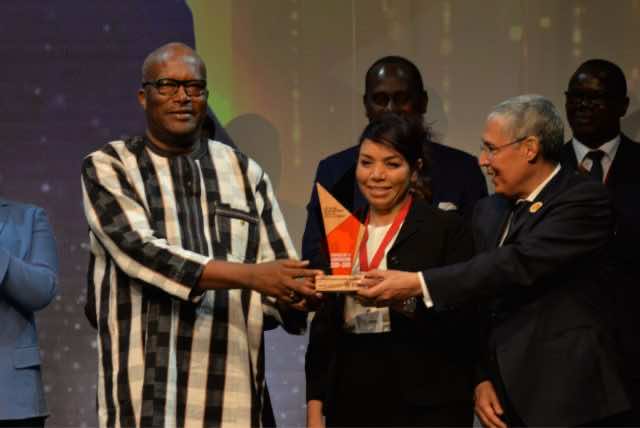 The objective of the event was to boost energy across Africa, and to create a true new model of South-South cooperation.

As part of the forum, which took place Thursday and Friday, awards were handed out to deserving young entrepreneurs, whose designs showcase the best in future energy innovation.

Burkinabé president, Mr. Roch Marc Christian Kaboré, handed out the Innovation Prize to Francis Yapobi from the IvoryCoast, for his “AIRSHOP SYSTEMS“ design for a smart platform for planes. The Social Entrepreneurship prize was awarded to Lhssan weryaghli, president of the Houda Rouissi SNI group from Morocco, for her project, GUERMELLO, that distributes the local products to all areas of Morocco.

This year, a new  “Sustainable Development” prize was awarded to the product best associated with prominent ecological effect.The inaugural prize was presented by Mr. Salah-Eddine Mezouar, Minister of Foreign Affairs and Cooperation. The recipient was Morocco’s Kamal Kaina, who developed AKHDAR Invest which develops the Kinetic energy emerging from weighing cars and transforms it into electrical energy.

A total of sixty applications were submitted to the award jury, including 22 for the Innovation Trophy, 17 for the Social Entrepreneurship Award and 21 for the Sustainable Development Trophy.

Twelve applications out of 5 countries, Cameroon, Ivory Coast, Ghanaand Rwanda were accepted in the initial selections. Only three winners, however, were eventually chosen by the forum committee.

Sponsored by the Attijariwafa Bank group, the young entrepreneur prizes are seen as an excellent occasion to renew its commitment to the International Africa Development Forumby rewarding ambitious and dynamic young entrepreneurs on the African radar.