Rabat - King Mohammed VI laid the foundation stone of a psycho-social rehabilitation center at the Ibn Rochd University Hospital in Casablanca on Saturday. The center is a solidarity-based project illustrating the special interest of the Sovereign in promoting the health sector in general and mental health in particular. 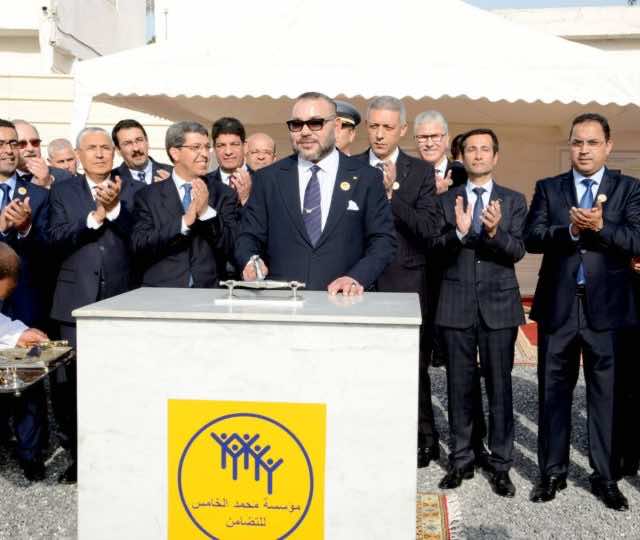 Rabat – King Mohammed VI laid the foundation stone of a psycho-social rehabilitation center at the Ibn Rochd University Hospital in Casablanca on Saturday. The center is a solidarity-based project illustrating the special interest of the Sovereign in promoting the health sector in general and mental health in particular.

The MAD 14 million project, initiated by the Mohammed V Foundation for Solidarity, reinforces the momentum of cohesion and mutual assistance generated by the National Solidarity Campaign, which runs from March 15-25.

It falls under the umbrella of the action plan of the Foundation and aims to support the national health sector. It will accomplish this by strengthening the existing medical supply and improving access to health care for the poorest population. It will also integrate a complementary social approach into the mechanisms of the patients and beneficiaries involved.

The future center is an integral part of the Casablanca-Settat regional medico-social program (2016-2020), supported by the Mohammed V Foundation for Solidarity. Its purpose will be to take care of patients with serious and chronic psychological and mental illnesses, with a view to reducing the deleterious effects of these conditions and then promote their social and professional reintegration.

It will allow treated patients, estimated at more than 1,300 a year, to break with the isolation caused by mental pathology, by promoting the development of their relational abilities, the acquisition of some professional skills and an improved feeling of well-being.

Built on a covered area of 1,820 m2, the psycho-social rehabilitation center will be housed within the Ibn Rochd University Psychiatric Centre and will include a therapeutic center, a socio-educational center, an administrative center and a reception area.