Rabat - The prestigious French publishing house Karthala has just published in Paris a book entitled "The olive tree of wisdom," by the Moroccan university professor and author Moha Ennaji. 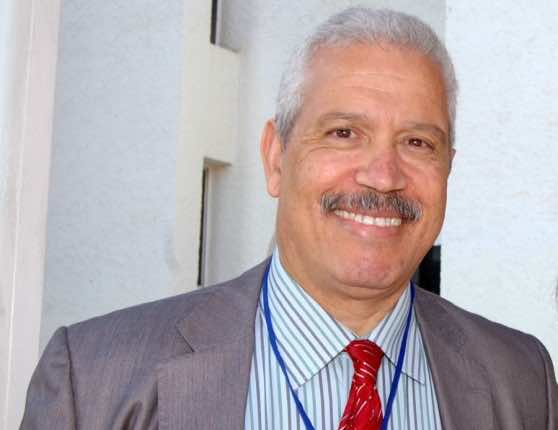 Rabat – The prestigious French publishing house Karthala has just published in Paris a book entitled “The olive tree of wisdom,” by the Moroccan university professor and author Moha Ennaji.

This 165-page book sheds light on the situation of ancient Morocco through the life of the author’s father, a hero of the resistance, Sufi and adept of a tolerant Islam. The book describes the life of an Amazigh family in Timoulilt, a Middle Atlas village. The author speaks nostalgically of a rural world that no longer exists. The book is a narrative of the past that leads directly to the future with a spirit of tolerance and openness, in short a great lesson in life that should interest all those who remain curious about ancient Morocco and the eternal Morocco. This narrative portrays Morocco as a country that has always been characterized by dialogue between cultures, by its diversity, tolerance and openness to the modern world.

The multiple perspectives (anthropological, historical and cultural) of this narrative make this book very important to understand the life of Moroccans during the French protectorate and at the dawn of independence. Its sixteen chapters are organized around six major themes: the history of the struggle for independence in the Middle Atlas in particular and in Morocco in general, the harsh living conditions of Imazighen under the protectorate, their tolerant Islam and Sufism among them, the linguistic question and the impact of the education system, the situation of rural Moroccan women and the challenges of the multiple identities, as well as their impact on  the integration of Imazighen in modernity as well as the participation of the rural population to the struggle for independence and the Imazighen’s contribution to the economic, political, social and cultural development after independence.

Highlighting topics previously little studied and analyzed, the book highlights the importance of respecting cultural specificities in any debate on diversity and social justice in Morocco.

The book describes the Moroccan Imazighen as serious workers whose main objective is to improve their standards of living. It shows that rural people in general and Amazigh people in particular are actors of socio-economic development in view of their various immense contributions and their achievements at several levels. They fight every day for a better future for themselves and their children and deserve recognition and respect. Their Islam, which is both modern and moderate, is considered a basis for stability and social peace for Morocco.

Ennaji argues that the Maghreb countries, especially the elites, would do better to know and appreciate the social and popular history as well as the ancestral traditions of their countries, and to protect their tangible and intangible cultural heritage. Similarly, young men and women must recognize the generous culture of their country and be more tolerant and respectful of political and religious pluralism.

Moha Ennaji is a prominent Moroccan academic with research interests in culture and society, migration, gender issues, and linguistics. He is co-founder and president of the International Institute for Languages and Cultures at Fès, Morocco. He is the author of several books, among which «Multilingualism, Cultural Identity, and Education in Morocco» (Springer New York, 2005), « Multiculturalism and Democracy in North Africa  (Routledge, London 2014) and “Muslim Moroccan Migrants in Europe and North American” (Palgrave, 2015). He has published many articles in Moroccan, American and European journals and newspapers.