Rabat - Days after Fitch confirmed Morocco's investment grade for its long-term sovereign debt, it is now the turn of its American colleague Standard & Poor’s to renew the stable outlook for the solvency of the kingdom.

By
Chaima Lahsini
-
Chaima Lahsini is freelance journalist and activist with the Al-Fam collective in Rabat.
Apr 12, 2017
Spread the love

Rabat – Days after Fitch confirmed Morocco’s investment grade for its long-term sovereign debt, it is now the turn of its American colleague Standard & Poor’s to renew the stable outlook for the solvency of the kingdom.

Albeit the good news reported by the two firms, Morocco’s per-capita GDP remains one of the lowest in the category of countries rated BBB-/A-3. Before issuing their verdict and delivering their sovereign ratings, the rating agencies run thorough studies on the examined countries, such as the one developed by Standard & Poor’s (S&P), which has recently granted Morocco its BBB-/A-3 note.

Through its published note, the rating agency has thoroughly scrutinized every aspect of the country’s political, economic and social situation. It started with the five-month political deadlock and moved to the nature of the electoral system preventing the handing over of an absolute majority to a single political party, and on to the recent events in the city of Al Hoceima and the constitution of the government majority.

The Impact of a Tense Political Environment

It goes without saying that the El Othmani government has its work cut out for it. The new coalition is expected to focus more on reducing deficits and pursuing reforms, a task that will not be so easy to accomplish in the face of enormous social pressures, including the relatively high youth unemployment rate.

For the year 2017, the agency expects the country’s GDP to reach a growth rate of 3.5 percent, driven by the harvests of a good rainy season. Non-farm activity is also expected to continue at the same level as in 2016.

For the upcoming years, the agency forecasts a growth that will have to converge towards an average of 4 percent, although it is still below potential, due to its sensitivity to weather conditions and to the demand of European countries.

According to S&P, the main challenge facing Morocco is to ensure “strong and volatile growth” to tackle the high unemployment rate, which according to the latest High Commission of Planning report, had reached 9.4 percent especially among young graduates.

“Moroccan GDP per capita remains one of the lowest in the category of countries rated BBB-/A-3, reaching USD 3.500,” notes S&P. At the same time, it revises downwards its short-term budget deficit projections, targeting a 2.5 percent target by 2020, compared to 3.5 percent in 2017. The year 2016 resulted in a deficit of 4.1 percent, against an initial forecast of the government around 3.5 percent.

The S&P not did not, however, fail to laud the pension reform approved by parliament back in July 2016, under the second mandate of the Benkirane government. The agency expects this reform to relieve the pressure on public finances on the long term.

As for the projected fiscal consolidation, the agency believes it will help to stabilize medium-term debt ratios. Nevertheless, the overall stock of indebtedness has increased considerably in recent years alongside the increase in deficits. In fact, S&P expects a “level of debt going towards an average of 51 percent of GDP between 2016 and 2019, compared to 38 percent in 2011”.

Industries to The Rescue

The US based agency also presented a balance of payments analysis on its paper. S&P expect the current account deficit to be 3.7 percent of the GDP between 2017 and 2020, compared with an average of 5.8 percent between 2012 and 2016. At the heart of this improvement, S&P is betting on the good behavior of exports of new industrial projects in the automotive, aeronautics and energy sectors.

Over the next three years, the agency predicts a slight recovery in tourism receipts as well as a sharp increase in export volumes from the Renault plant in Tangier. These account for nearly 5 percent of GDP in 2016, exceeding phosphate revenues, which account for 4 percent of GDP.

The S&P agency is also foreseeing an improvement in Morocco’s external position over the next three years. “Gross external financing needs will remain covered by foreign exchange reserves and new export earnings from the automotive sector,” stated the agency.

Moreover, the rating agency welcomes the three lines of precaution and liquidity (LPL) opened by Morocco to the International Monetary Funds, amounting to MAD 6.2 billion in 2012, then revised to MAD 5 billion in 2014, and finally to 3.5 MMDH in 2016.

S&P emphasized that these LPL’s provided Morocco with anchored reforms, useful assurance in a context of uncertainty, and sent positive signals to international markets.

According to S&P, the successive and substantial reductions in BAM’s reserve requirement ratio, 4 percent since June 2016 compared with 15 percent in January 2008, have helped to reduce domestic liquidity and ensure adequate financing of the national economy.

The current policy rate of 2.25 allows for the proper conduct of monetary policy, which is deemed accommodating by the Agency. Within the same framework, the Agency expects that credit to the economy will continue to grow at a moderate pace in the coming years, while inflation is expected to remain low: “we expect it to average 2 d percent during the 2016-2020, compared to 1.6 percent in 2016.”

The agency also classifies the Moroccan banking sector in category “7” as part of its banking industry risk assessment (BICRA). “While we consider that regulatory standards in Morocco are generally conservative, Moroccan banks are still exposed to cyclical sectors, such as steel mills, tourism, real estate and construction,” said S&P.

“We therefore consider that the economic risks to the Moroccan banking sector remain high in a global comparison. We also assess the risk appetite of the system as aggressive, given the rapid expansion of Moroccan banks, including in the High-risk African countries,” adds the rating agency. It concludes that the stable outlook reflects the expectation that the consolidation of Moroccan fiscal deficits will continue to contract over the next few years. This will help to stabilize the debt, while economic growth and employment will remain below potential, due to domestic structural deficiencies.he

The Positive Prospects of Liberating the Dirham

Referring to exchange rate policy and the prospect of a transition to a flexible exchange rate regime, S&P positively perceives these new decisions. “By migrating to a flexible regime, we believe that the Moroccan authorities, in the short term, will maintain or gradually reduce the restrictions on the Balance of Payments capital account to avoid a large-scale exit of capital. We expect the Central Bank to be a strong currency cushion in the coming years in order to maintain market confidence,” the US-based rating agency stated.

For the rating agency, “the current exchange rate regime limits the flexibility of monetary policy.” S&P adds that it understands that the Moroccan authorities and the Central Bank, Bank Al Maghreb, are considering moving gradually from the current basket of currencies to a more flexible exchange rate regime over the next 12 months, with policies including the targeting of inflation.

“We see these developments as positive for our overall monetary valuation for Morocco,” S&P announced. Monetary authorities are encouraged by the increasingly active macroeconomic environment, including the comfortable level of foreign exchange reserves, the improvement of the external situation and the value of the dirham relative to other currencies. The State is also assisted by the insurance provided by the IMF’s LPL.

“While we are moving towards a more flexible exchange rate regime, we believe that the Moroccan authorities will maintain, in the short term and gradually, restrictions on the capital accounts in order to avoid any large-scale capital outflow. Bank Al Maghrib will accumulate a significant currency cushion over the next few years to maintain market confidence during this transition,” S&P concludes. 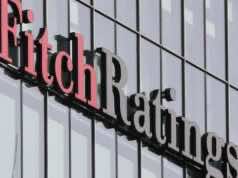