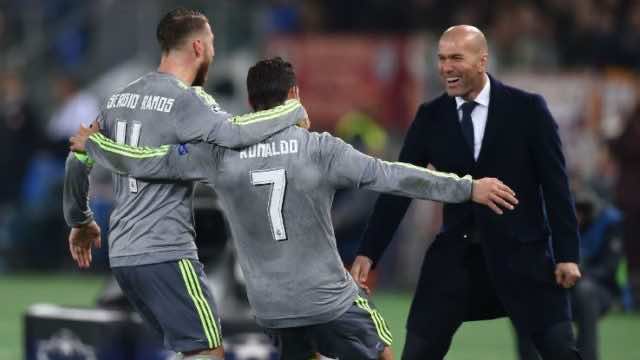 Rabat – Real Madrid boss, Zinedine Zidane, has confessed to the press that his squad is facing a challenging moment during right now due to the team’s weak defensive line.

Zidane spoke at a press conference, held yesterday regarding today’s clash between Real Madrid vs Sporting de Gijon, calling the latter a very dangerous team. He added that it would be very hard for his team to play without its key right-winger, Gareth Bale.

The Welsh footballer is suffering from a pain in his right calf, which prevented him from participating in yesterday’s training session.

According to sports platform, Marca, the player is also expected to miss the second Champions league quarter-final head to head with Bayern Munich, scheduled for April 18.

Zidane added that he feels worried about Bale and that his right-winger is very upset, because he has been working to support his team in tomorrow’s match.

“Yes, we do have defense problems due to some circumstances, but we trust our squad, and we are preparing it for the upcoming games,” explained Zidane.

Several of Real Madrid’s key players are likely to miss Saturday’s game due to injuries, including Pepe, Raphael Varane and Daniel Carvajal.

Zidane announced during the same press conference that Fabio Coentrao is in good condition, adding that he is ready for tomorrow’s challenge. Marco Asensio is also expected to play during tomorrow’s game.

“The high pressure makes our team stronger,” he added

Real Madrid’s clash vs Sporting de Gijon is going to take place at the El Molinon stadium, in Asturies.