Toronto - The British Prime Minister has called a surprise election for June 8. The announcement was made in front of number 10 Downing Street early Tuesday morning. 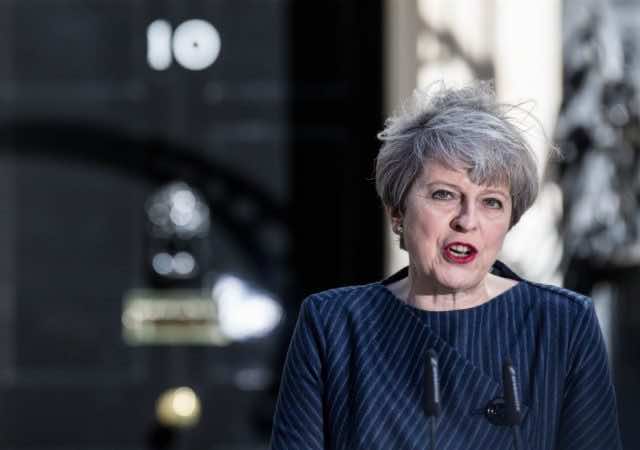 By
Constance Renton
-
Constance graduated from the Television and Radio Broadcasting Program at Canadore College in 1983.
Apr 18, 2017
Spread the love

Toronto – The British Prime Minister has called a surprise election for June 8. The announcement was made in front of number 10 Downing Street early Tuesday morning.

“The country is coming together but Westminster is not,” declared Prime Minister Theresa May, delivering her announcement to reporters.

May is concerned about what she calls the opposition parties’ “game playing” and the effect it will have on Britain’s Brexit negotiations.

“If we don’t hold a general election now,” May said, “their political game playing will continue and the negotiations with the European Union will reach their most difficult stage in the run up to the next general election.”

May did not, however, arrive at her decision easily. “I have only recently and reluctantly come to this conclusion. Since I became Prime Minister, I’ve said there should ne no election until 2020, but now I have concluded that the only way to guarantee certainty and security is to hold this election and seek your support for the decisions we must take.”

May issued a challenge to the opposition, led by the Labour Party’s Jeremy Corbyn. “This is your moment to show you mean it- to show you’re not opposing the government for the sake of it, to show that you do not treat politics as a game.”

For his part, Corbyn welcomes the snap election call, saying it will “give the British people the chance to vote for a government that will put the interests of the majority first.”

Saying that the Labour Party offers the British people an “effective alternative,” Corbyn continued his statement saying, “we look forward to showing how Labour will stand up for the people of Britain.”

Parliament will vote on the election call on Wednesday, according to CBC News. Two thirds of Parliament must vote in favour of the election for it to proceed. The next election had been scheduled for 2020.

Speaking of the parliamentary vote, May said “Let’s tomorrow vote for an election- let’s put forward our plans for Brexit and our alternative programmes for government and then let the people decide.”