Rabat - Moroccan students of both science and Islamic studies assailed Dr. Zaghloul Al-Naggar with questions and criticism during his appearance at the Forth World Conference of Scholars in the Holy Qur'an and its Sciences on April 13-15 in Fez, with the controversy continuing to echo in Moroccan media discussions. 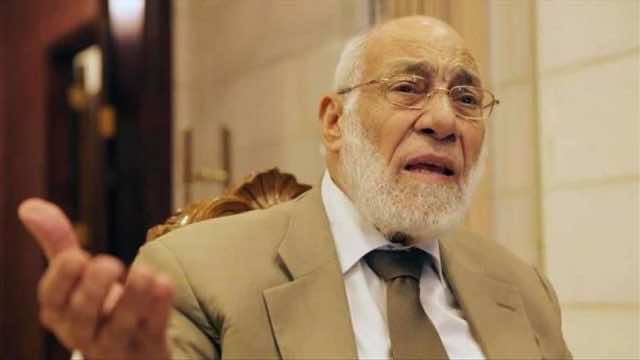 By
Chaima Lahsini
-
Chaima Lahsini is freelance journalist and activist with the Al-Fam collective in Rabat.
Apr 19, 2017
Spread the love

Rabat – Moroccan students of both science and Islamic studies assailed Dr. Zaghloul Al-Naggar with questions and criticism during his appearance at the Forth World Conference of Scholars in the Holy Qur’an and its Sciences on April 13-15 in Fez, with the controversy continuing to echo in Moroccan media discussions.

Al-Naggar, a founding member of the World Commission of Scientific Miracles in the Qur’an and Sunnah, has become well known for expounding theories of scientific bases for Islam and the Qur’an.

Many Moroccan intellectuals refused to attend Al-Naggar’s conferences, such as Mohamed Abdel Wahab Rafiki, the head of the Al Mezan Center for Center for Mediation, Research and Media, who criticized the legitimacy given to Al-Naggar.

“When the Faculty of Science and Technology Sheikh pretends that camel urine treat cancer, and this is a miracle of Islam and evidence of its authenticity, we can kiss our country’s universities and scientific research and awareness and culture goodbye.” said Rafiki.

Participants, including students of the Faculty of Sharia in Fez, asked Al-Naggar questions attempting to debunk his “scientific theories,” to which he could provide no scientific answers.

Following the lecture delivered in Fez three days ago, heated discussion and controversy is still ongoing on social networking sites. Al-Naggar has been heavily criticized for his inadequate answers to many of the students’ questions, who claimed that his answers were those of “a fanatic sheikh” more than a science professor.

Many of the questions that left Al-Naggar speechless were from a young Moroccan scientific expert and podcaster named Najib Mokhtari, whose criticisms spread widely on Facebook:

“You have quoted in one of your narrations about the Prophet saying the sun ‘goes away from people and look at people, and vise versa, some say it has set, and others say it has risen’, and you said that this is evidence of the spherical ground in the Holy Hadith. Unfortunately, all the available research done by specialists and field experts in religious texts, did not find any trace of this Hadith only in your tape.”

Mokhtari added, “Do you know how serious and dangerous it is to word new hadiths that did not come from the Prophet? Is it possible to review all the other religious texts that you have sent to reassure your readers and viewers that you do not make up the hadiths?”

In another question, Mokhtar asked the Egyptian scholar: “You claimed in a full episode on Al Jazeera Channel that Mecca is located at the center of earth, while in modern science the earth is spherical and therefore all land is earth’s centers, meaning not only the Kaaba can be considered the world’s center but also the Vatican and the city of Bombay in India and your honorable home in Jordan and this university where you are attending, are all centers of earth since planet earth is actually round.”

In another question: “You claimed that there were ‘studies’ (without mentioning any reference) that proved that harmful UV rays affect women more than men, so God imposed the veil to protect women against ultraviolet radiation. Because this is contrary to what we know about the sun … Is it possible to retract this claim?”

“The Shaikh tries to triumph for his religion and believes through the achievements of others,” says Rafiki.

“Not only does he fabricates texts out of his own imagination, he takes them out of context to prove that the Qur’an is a book of physics, chemistry, mathematics and natural sciences. And the most dangerous of all, is that science may prove the invalidity of that theory, destroy new realities, and make the Qur’an bear the consequences of the ignorance of this Sheikh and his trade in the name of miracles in Islam,” Rafiki added.

Science has acquired a new meaning in certain Muslim circles. When classical Muslim scholars declared that whosoever does not know astronomy or anatomy is deficient in the knowledge of God, they were emphasizing the importance of the scientific spirit in Islam and encouraging the pursuit of empirical science. But today, to a significant number of Muslims, science includes the discovery of “scientific miracles” in the Qur’an.