Washington DC - Morocco’s decision to cancel meetings for a planned visit by the Catalan and Flemish Premiers to Rabat is unfortunate. 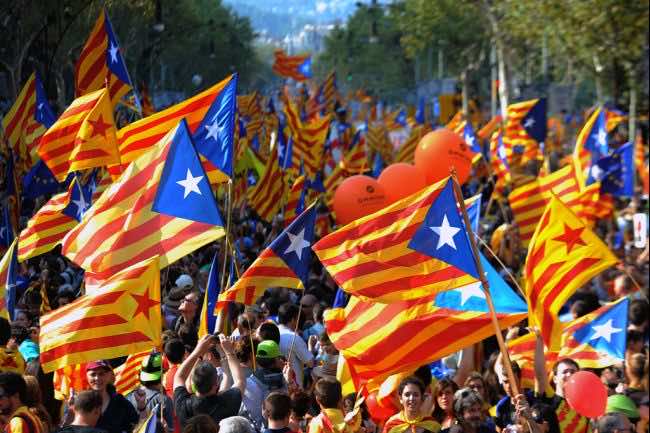 By
Hassan Masiky
-
Hassan Masiky was born in Kenitra, Morocco, and is based in Washington as a blogger and freelance writer.
May 3, 2017
Spread the love

Washington DC – Morocco’s decision to cancel meetings for a planned visit by the Catalan and Flemish Premiers to Rabat is unfortunate.

According to several Belgian sources, Madrid pressured Rabat to scratch reunions, scheduled for the week of May 7, with Catalonia’s Carles Puigdemont and Flanders’s Geert Bourgeois in an attempt to weaken Catalonia’s aggressive drive for independence. While this decision favors and pleases Spain, it does not necessary serve Morocco’s long-term diplomatic interests especially in the Western Sahara Conflict.

A visit by a high Catalan and Flemish delegations could have been an excellent opportunity for the Moroccan diplomacy to show to the world Spain’s hypocrite policy opposing Morocco’s right to get the United Nations to recognize the Western Sahara as Moroccan while defending its claim to keep Catalonia.

This visit could have given the Moroccans the ability to get what they want from Spain and Europe through hospitality and not harsh diplomacy. In hosting pro-independence leaders, Morocco would have displayed its influence and potential impact on the succession movements in Europe.

Despite their displays of working together on security and terrorism matters, Madrid and Rabat do not share the same positions on the Sahara conflict. Therefore, Rabat should have welcomed the Catalan and Flemish delegations as a show of Morocco’s reach and power in influencing the independence drives in the two nations.

Barcelona has been a big supporter of the Western Sahara’s Polisario independent movement, and yet the Catalans appreciate the role Morocco can play in advancing their initiative to split from Spain. This contradiction could benefit the North African nation in the long run.

Although some of the Spanish hostile measures against Morocco have been sponsored by non-government organizations, a large number of the pro-Polisario actions in the country are supported by local and regional government entities. Thus, Moroccan groups should have the right to reciprocate and adopt pro-Catalan positions and host pro-independence activists.

Morocco’s position on the Catalan question has been woefully inadequate, thus leaving the door for Spain to benefit from a Moroccan friendly position without being pressured to denounce the independence drive in the Western Sahara.

Not with standing recent Spanish overture on Morocco’s positions, Madrid never explicitly endorsed Morocco’s proposal for an enlarged autonomy status for the Western Sahara. This shy support should be the driving force behind Morocco’s positions on the Catalan’s call for independence.

Moroccan diplomats should be forceful and bold in asking their Spanish counterparts for clear and concise positions on the issues of the Western Sahara independence. Morocco must spell a clear and concise price for its “back off” policy in Catalonia.

In its attempt to deny the Catalan the right to vote for independence, Spain has used the same arguments Morocco has been advocating to defend for its right to the Western Sahara. Yet, several non-Catalan organizations in the country continue to support the Polisario and ignore Catalan advocates.

Spain’s positions on the Western Sahara are bi-dimensional: one political and the other historical.  The realpolitik of the region is changing attitudes in Madrid making them more pro-Morocco. However, the historical aspect of the relationship will make Spain view its neighbor to the South as a foe for many years to come.