Rabat - This year, the Mawazine Festival has once again set the bar very high. British superstar Ellie Goulding opened the premier night of the festival and fans flocked from everywhere to see her enthralling performance. 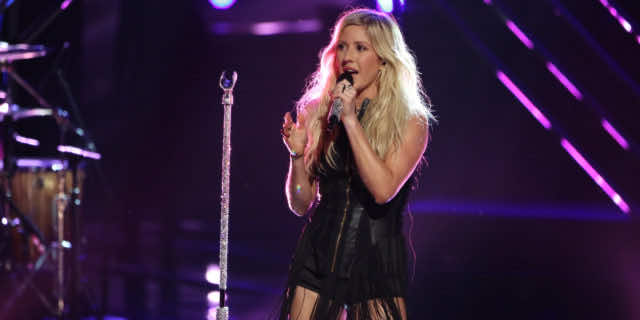 By
Chaima Lahsini
-
Chaima Lahsini is freelance journalist and activist with the Al-Fam collective in Rabat.
May 13, 2017
Spread the love

Rabat – This year, the Mawazine Festival has once again set the bar very high. British superstar Ellie Goulding opened the premier night of the festival and fans flocked from everywhere to see her enthralling performance.

After a difficult battle with anxiety, which forced her to cancel many shows last summer, Goulding is back on Mawazine’s stage with a bang! The British singer shone under the starry lights of Rabat, sending her fans into a frenzy with her electro pop hits.

At a press conference held before her concert, Goulding said she was “happy” and very “proud” to open a major festival such as Mawazine, for her first concert in Morocco. The talented singer explained that “this is my first show for a long time, I have not been on stage for a while now. And it’s so big here, I’m excited to play for my fans. We made a new setlist, and I’m going to interpret my song with Kygo for the very first time.”

Thousands of people met in front of the OLM Souissi stage to enjoy the very first concert of the year. At around 9 pm, Ellie Goulding’s haunting voice echoed in every corner of Rabat. The singer took to the stage ready to deliver some of her biggest hits. During the performances of “Lights,” “Outside” and “I need your love,” the crowd followed the songs word by word.

For more than an hour and a half, the pop princess fired up the stage with her high-tempo routine and electric vocals, breathing life into her appreciative audience, composed mostly of young people and teenagers.

Accompanied by her band and three chorus singers, the young singer showed off her dancing moves across the stage, resting for only a few seconds between each song. Hats off to the singer who launched the 16th edition of the Mawazine Rhythms of the World Festival like a true queen!