Rabat - Nasser Zafzafi, the most prominent activist  of the ongoing Rif protests, has responded to accusations that demonstrators in the city of Al Hoceima and neighboring areas are advocating for separatism. 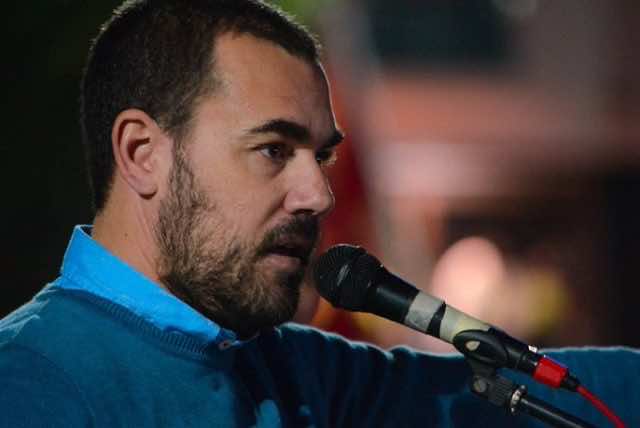 Rabat – Nasser Zafzafi, the most prominent activist  of the ongoing Rif protests, has responded to accusations that demonstrators in the city of Al Hoceima and neighboring areas are advocating for separatism.

The accusations were formally made by the governmental coalition during a meeting with the Minister of Interior, Abdelouafi Laftit, on Sunday.

In a video posted on Facebook on Monday, Zafzafi rejected the allegations, accusing the governmental coalition of “spreading falsehoods about the Rif protests.”

“We are not separatists. We have legitimate demands,” said Zafzafi.

The activist used strong language against the government parties, describing them as “dwarfs.”

“For six months we have been holding protests and no damage was caused,” he said. “The country’ stability and security have remained intact. We have no separatist inclinations.”

“If you have any proof we received money from the outside, we will jump from the top of the highest mountain in Rif.”

Zafzafi reiterated the protesters’ demand to annul the 1958 decree which declared Al Hoceima a military zone, opening it up to intervention by the armed forces.

He stated that the protests are a result of the government’s continuous disregard of the region’s human rights demands since 1958.

Rachid Talbi Alami, member of the Political Bureau of the National Rally of Independents (RNI), said the protests witnessed “deviations led by a group of ‘outside agitators’”.

Khalid Naceri, member of the Political Bureau of the Party of Progress and Socialism (PPS), accused protesters of using social demands as a pretext to foment trouble.

During the coalition parties meeting, the Minister of Interior gave a report on the situation in the region.

The relationship between protesters and the Ministry has been extremely tense. Laftit accussed the protests of being infiltrated, saying “an invisible hand” is behind the demonstrations.