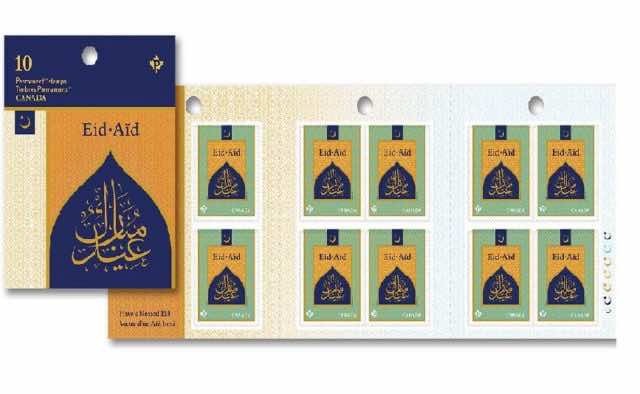 By
Constance Renton
-
Constance graduated from the Television and Radio Broadcasting Program at Canadore College in 1983.
May 29, 2017
Spread the love

Released last week just ahead of the commencement of Ramadan, it is the first ever stamp honouring the Muslim faith in the country’s history.

After 50 years of issuing special Christmas stamps, Canada Post made the decision to reach out and embrace more of Canada’s dominant faiths in an over show of support and inclusivity.

The stamp is part of a series featuring issues which also celebrate Diwali and Hanukkah. In a statement on the Canada Post website, the crown corporation explained the thought behind the series.

“Together, the Eid, Diwali and Hanukkah stamps build on the tradition of Christmas stamps and depict our pride in Canada being a land of diverse faiths, customs and celebrations.”

Mohamed Farhad Khadim, director of education for the Islamic Institute of Toronto, told CBC News that “I think it’s an acknowledgement of Canada’s religious diversity. It’s a sense of accomplishment, a sense of belonging.”

The design for the stamp and the rich choice of blues and gold for the colouring, were based on time-honoured examples of world-renowned Islamic architecture.

The script on the stamp is presented in Canada’s two official languages of English and French. Using Arabic calligraphic text, it reads: “Eid Mubarak,” which translates into “Have a blessed Eid.”

It honours both Eid celebrations of Eid al-Fitr and Eid al-Adha. Both are extremely important Muslim holidays, which are celebrated with special prayers, extravagant feasting and gatherings of family and loved ones who travel from far and wide to make it home for the festivities.

In addition to making a cultural statement about Canada’s diversity, Canada Post is also hoping the stamp series will bring in some money-needed revenue to the crown-run corporation.

According to Khadim, the Muslim community in Canada will certainly do its part to assist in that endeavor.

“Oh, definitely we have plans to send a lot of mail this Ramadan. I encourage everyone to purchase some of the stamps.”