Morocco World News
Home Culture What’s in a Modern Language? The Influence of Arabic on Spanish 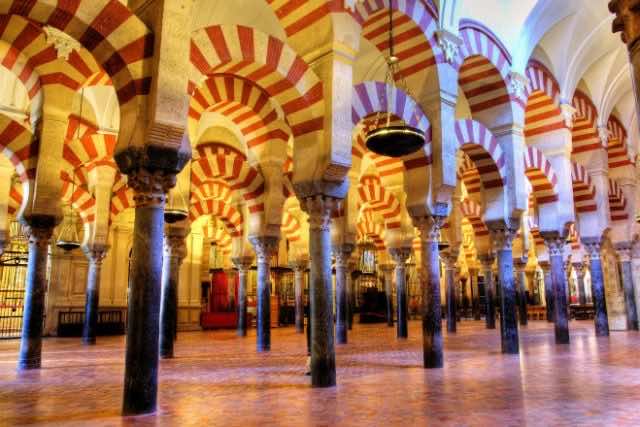 Rabat – For several hundred-years the Moors dominated the Iberian Peninsula; when they left, they had profoundly influenced both the history and language of Spain.

From 711 to the fall of Grenada in 1492, Muslims, either Arab or Amazigh, controlled varying parts of what is now Spain and Portugal. For several centuries, Catholic rule was restricted only to the extreme northern parts of the peninsula, primarily in Asturias, Basque Country, or Barcelona – which was a protectorate of the kingdom that later became France.

Moorish Spain, referred to as Al-Andalus was for centuries a melting pot of cultures. Berber, Arab, and European cultures mixed and experienced a degree of tolerance unparalleled in Europe at the time.

Under Muslim rule, Iberia thrived, with the Caliphate’s capital at Córdoba becoming the largest, most developed city in Europe, only being rivaled by Fez, Baghdad and Constantinople, which at the time was still ruled by the Byzantine Empire.

Over time, both infighting among Muslim leaders and aggressive Christian expansion, allowed for the Christian Kingdoms to gradually reclaim land. Then, in 1492 the united monarchies of Castile and Aragon conquered the Moorish ? Kingdom of Grenada. Once conquered, Muslims living in the newly conquered territory were persecuted for religious beliefs before being forcibly expelled unless they converted to Christianity.

Despite this persecution, Muslim influence persisted. Today, the influence of this period is evident in the modern Spanish language which uses many words originally part of Arabic.

The clearest way to see this effect is in the names of locations in Iberia left behind by the Caliphates that dominated the region. Some of these locations include Andalucía, Albarracín, Mulhacén, and Gibraltar; from Al-Andalus, Al Ban? Razin, Ali Muley Hacén Abu al-Hasan, and Jebel Tariq, respectively. These are only a few examples of names based on Arabic influence that are found across southern Spain and Portugal .

According to recent studies by Instituto Cervantes, about 8% of modern day Spanish words can find their roots in Arabic. With that 8%, Arabic is the language that has most influenced Spanish other than Latin. This translates to an estimated 3,000 modern day Spanish words having their roots in Arabic, almost all of them tracing their inclusion in the Spanish language from the eight centuries of Muslim rule.

These 5,000 words occupy a broad swath of the Spanish language. From medicine, jarabe (cure), to mathematics, algebra  (algebra), Arabic has left its mark. These words demonstrate how the Muslims introduced Iberians, and Europe as a whole, to advanced ideas and technology.

While these words are specific to a certain discipline, the influence of Arabic is also present in many of the most common words in Spanish, including azúcar (sugar), alcaldel ( mayor),  and algodón (cotton).

Every day, Spanish speakers around the world use hundreds of words that had their roots in a very specific time in the history of Spain. Language is oftentimes taken for granted, and by just thinking about the words we see and how they gained their meaning, we can gain a quick view into the history of our nations and cultures.

The Arab world is often viewed as separate from the Western world, and oftentimes the rhetoric of some leaders implies that the two spheres are incompatible, but clearly at one point this melding of cultures was possible to the such an extent that one of the most spoken languages in the world, the language of one of the largest empires ever, was clearly influenced by Arabic.