Rabat - Four month after settling back in the African Union, Morocco has just been granted an agreement in principle to join the Economic Community of West African States (ECOWAS), of which it is currently only an observer. 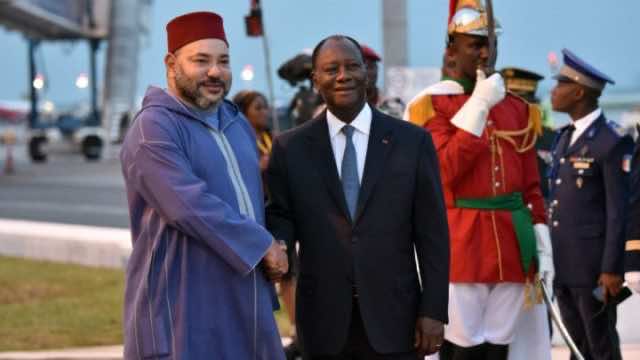 By
Chaima Lahsini
-
Chaima Lahsini is freelance journalist and activist with the Al-Fam collective in Rabat.
Jun 6, 2017
Spread the love

Rabat – Four month after settling back in the African Union, Morocco has just been granted an agreement in principle to join the Economic Community of West African States (ECOWAS), of which it is currently only an observer.

“The political sequence (of the accession of Morocco) has just ended, it paves the way for a legal sequence which will make this accession effective, and then a technical sequence will have to be negotiated sector by sector,” explained Nasser Bourita, Moroccan Minister of Foreign Affairs on June 4, at the end of the 51st ECOWAS summit in Monrovia, Liberia.

Morocco’s application for membership had already been welcomed by its main economic partners such as Nigeria, Côte d’Ivoire and Senegal. The latter said the decision was motivated by Morocco’s “strong and multidimensional ties of cooperation” with West Africa.

However, they also asked the Commission to examine the implications of such accession in accordance with the provisions of the Revised ECOWAS Treaty and to submit the results at their next session.

“If Morocco is admitted to ECOWAS, it will only give a greater economic weight to the region,” declared in April Adama Kone, the Ivorian Minister of Finance. According to the Senegalese Minister in charge of the Budget, Birima Mangara, Morocco’s accession to ECOWAS would represent “a boon for both parties.”

For Morocco, this integration represents an opportunity to benefit from the export facilities and to consolidate its economic position on the continent.

As for ECOWAS, with its global GDP of USD 700 billion and its rank as the 20th world economy, it will be able to benefit from Morocco’s GDP which is currently worth USD 100 billion. This will enable it to increase its economic position and become the 18th world economy and exceeding Turkey with its USD 730 billion worth GDP.

In addition, Morocco will bring a market of 34 million inhabitants, free trade agreements with the European Union, the United States, Turkey, and the United Arab Emirates and expertise in infrastructure, agriculture, delegated services, and fertilizer production.

However, Morocco’s accession to the ECOWAS comes with many challenges, especially for the competitive positioning of the Kingdom. In its last monthly letter, the Moroccan Center for Economic Situation (CMC) took a closer look at the prospect of Morocco’s integration into the Economic Community of West African States by taking in consideration three main issues such as migration management “under the effect of the principle of free movement of nationals of member countries with a passport and identity card ECOWAS,” explains the CMC report.

Another issue is the free trade agreements “in force in Morocco, with the introduction of the Common External Tariff (CET), set up by ECOWAS since 2015, on which is added the harmonization of fiscal policies,” indicates the text.

Despite the strong ties linking Morocco to the 15 ECOWAS countries, trade between the two parties remains low. Trade volume is less than USD 1 billion a year, less than 4 percent of Morocco’s exports and less than 2 percent of its global trade.

Aiming at promoting cooperation and economic integration in the subregion, and playing a key role in maintaining regional stability, the organization has been in the sight of King Mohammed VI for several years as part of his “South-South cooperation” policy.

Morocco’s economic agreements in the region, where it is the number one African investor, number in the hundreds. King Mohammed VI has made more than 23 trips to 11 countries, marked by the signing of hundreds of investment contracts, like the rehabilitation of the Cocody lagoon in Abidjan and the Morocco-Nigeria gas pipeline project.

“In the past, diplomacy was at the service of the consolidation of political relations. Today, it is the economic dimension which is a priority and constitutes one of the bases of diplomatic relations,” said the king at the first Moroccan-Ivorian forum in Abidjan on February 25, 2014.

On January 31, 2017, he reaffirmed in front of the African Union “that ECOWAS provides a reliable space for the free movement of people, goods and capital,” with the intra-regional trade of the ECOWAS amounting to a little more than 10 percent of the total trade of the region.