Rabat - Royal Air Maroc (RAM) is in mourning following the passing of a seemingly health young co-pilot right before the aircraft he was co-piloting departed for Beirut this afternoon. 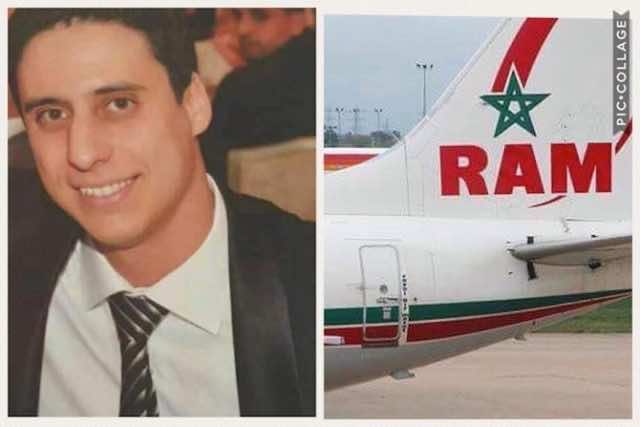 Rabat – Royal Air Maroc (RAM) is in mourning following the passing of a seemingly health young co-pilot right before the aircraft he was co-piloting departed for Beirut this afternoon.

Just 27 years old, Mohamed Assabaane, complained of an issue in his chest just before flight AT 276 took off. An ambulance was dispatched to the Mohammed V tarmac to administer medical assistance.

Unfortunately for the father of a young child, help arrived too late and he was pronounced dead before he arrived at the clinic where Assabaane was being transported for treatment.

According to a media reports, RAM’s president traveled to the hospital where Assabaane’s body had been delivered and sent condolences to his family, saying that all RAM employees were saddened by the loss.

This is breaking news and will be updated as new details become available.