This standing order was given approximately two months after North Korea alleged South Korea had been conspiring with the CIA to assassinate the North Korean leader, Kim Jong-un.

Via North Korea’s news agency, North Korea announced this order could be carried out “anytime, anywhere and by any means.” The North’s Ministry of State Security, Ministry of People’s Security and Central Public Prosecutors Office said, “We declare at home and abroad that we will impose the death penalty on traitor Park Geun-hye and Mr. Lee.”

There was no immediate response from Geun-hye or the South’s National Intelligence Service regarding the execution order, but the South Korean intelligence agency denied its involvement in any attempt to assassinate Mr. Kim.

The bilateral relationship between the North and South was tense even before the impeachment of the former South Korean President on March 10. Ms. Park was impeached following allegations of “cult activities, influence-peddling and leaks of classified information,” according to BBC News.

Geun-hye‘s shortened term was also punctuated by a “spike in tension with North Korea”, a nation that once attempted to assassinate her father when he was dictator of South Korea.

North Korea claimed that Geun-hye had “endorsed an operation to replace the supreme leadership of the North since late 2015,” and that South Korean agents had planned the strategy to carry out the assassination of Mr. Kim in the form of “a car or train accident,” a plot that was abandoned when Ms. Park was impeached.

Besides the recent execution order of Geun-hye and Byung-ho, North Korea has attempted (sometimes successfully) to carry out the assassination of various South Korean governmental leaders. One such example was the failed assassination of former South Korean director Chun Doo-hwan during his visit to Burma (now Myanmar), which killed of 21 other people, including South Korean cabinet ministers. 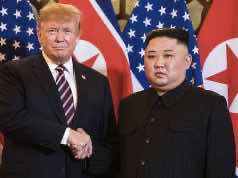 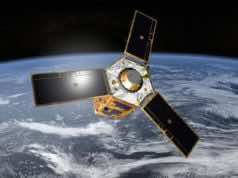