Rabat - The Rabat Bouregreg Tower construction contract, a BMCE Bank of Africa project, was signed Thursday, July 20 in Casablanca. Standing 250 meters high, with 55 floors, and covering an area of 86,000 m2, the tower will be the tallest in Africa. 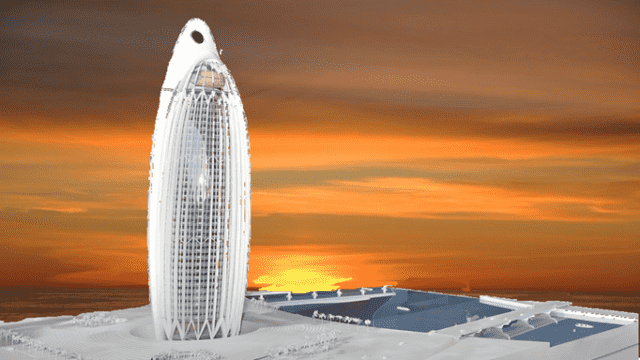 By
Chaima Lahsini
-
Chaima Lahsini is freelance journalist and activist with the Al-Fam collective in Rabat.
Jul 23, 2017
Spread the love

Rabat – The Rabat Bouregreg Tower construction contract, a BMCE Bank of Africa project, was signed Thursday, July 20 in Casablanca. Standing 250 meters high, with 55 floors, and covering an area of 86,000 m2, the tower will be the tallest in Africa.

In partnership with the China Railway Construction Corporation International (CRCCI) and the Moroccan TGCC Group, Othman Benjelloun, head of BMCE, chaired the signing ceremony held in the headquarters of the bank.

Comprised of a hotel, a residential area and office components, the construction of the tower is estimated to take three years.

In his welcome speech, Benjelloun spoke of “the common oath” that the Tour de Rabat Bouregreg can be an “icon in the urban and economic, cultural and tourist landscapes of Morocco.”

“This Tower had the honor,” Benjelloun added, “to have had its first stone laid on March 9, 2017 by His Majesty King Mohammed VI.”

“He is counting on the mobilization of all parties so that this Sino-Moroccan team for the project management of the Tower,” Benjelloun stated.

In addition, he referenced the “Hispano-Moroccan harness,” chosen for its architecture, “to allow the achieving of the tallest Tower of Africa” within set deadlines and budgets, “while at the same time representing one of the most eloquent symbols of the successful Sino-Moroccan cooperation.”

CRCC International and TGCC have created a consortium in the form of a joint venture to carry out this mega-project. Spanish architects, De La Hoz, and Moroccan architect, Hakim Benjelloun, were responsible for the project’s design.

The Chinese State Group, CRCC International, is one of the largest construction companies in the world. Its activities in more than 120 countries include transport, rail, roads, energy and public works, housing construction, manufacturing, trade, logistics, investment and finance.

Moroccan Group, TGCC, is one of the leaders in the construction of infrastructures and housing in Morocco, having, to its credit, several dozens of major achievements throughout the Kingdom.

Some forty senior Chinese and Moroccan executives and stakeholders were also present at the ceremony, including the shareholders of O Tower, the developer of the Tower, in this case BMCE Bank, Royal Moroccan Insurance and FinanceCom.