Rabat - Mohamed Yatim, the leading member of the Justice and Development Party (PJD) and current Minister of Employment, has said that efforts to figure out how the government led by his party colleague Saad Eddine El Othmani came to life are misguided. 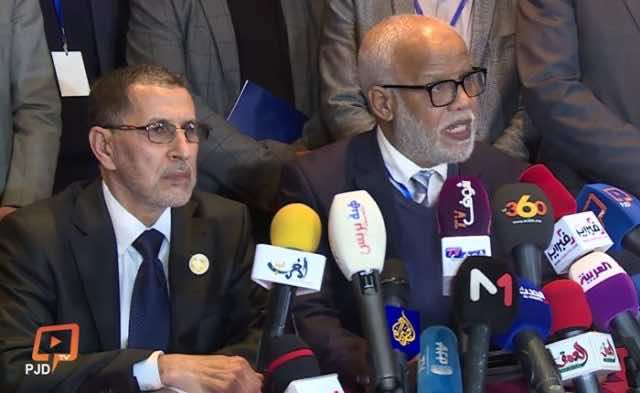 Rabat – Mohamed Yatim, the leading member of the Justice and Development Party (PJD) and current Minister of Employment, has said that efforts to figure out how the government led by his party colleague Saad Eddine El Othmani came to life are misguided.

“Within the PJD, everybody agrees that there is no use, at least for the time being, in dwelling on details and authenticating versions and checking interpretations,” he wrote in an article published on his party’s website on Saturday.

The way the coalition government led by El Othmani was shaped has been a subject of controversy both within the PJD and in public discussion.

El Othmani was appointed by King Mohammed VI in March to substitute to Abdelilah Benkirane, the party leader and former head of government. The latter had been unable form a coalition since October 2016, mainly because the conditions put by his ally, the National Rally of Independents (RNI), to include the Constitutional Union (UC) and the Socialist Union of Popular Forces (USFP) into the coalition.

Benkirane’s refusal to accept RNI’s conditions led to a deadlock that came to be known in Moroccan media as “government blocage.”

When El Othmani was appointed as Head of Government, a committee was put in charge of negotiating with RNI and other parties forming a coalition, consisting of four leading members of the Islamist party: El Othmani, Yatim, Mustapha Ramid,the current Minister of State in Charge of Human Rights, and Lahcen Daoudi, the ongoing Minister Delegate to the Head of Government for General Affairs and Governance.

The four members conceded to the conditions imposed by the RNI, and,as a result, a loose coalition of six parties was formed. Many PJD members did not seem pleased with the outcome of the government, especially as the Islamist party had won 18 extra parliamentary seats in the general elections of October 2016 in comparison with the 2011 elections, which indicated its popularity had increased over its five years in government.

The outcome of El Othmani’s government formation was also disappointing to a segment of the PJD’s electoral base.

Despite ongoing controversy over the issue, Yatim said it was not wise to look into the matter too much.

“There’s no point,” he said. “This could be the job of a historian of sociologist.”

He added that the “issue needs an objective and comprehensive reading” that would take into consideration “the elements of strength and weakness.”