Rabat - Pro-Polisario Front media outlets have launched a campaign against Morocco, claiming the kingdom is responsible for Peru's denial of entrance to the organization's representative Khadijetou El Mokhtar. 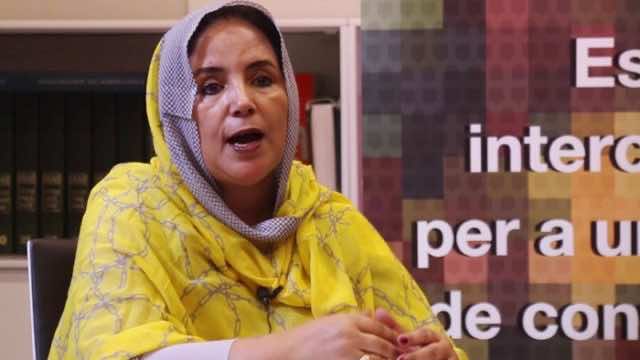 Rabat – Pro-Polisario Front media outlets have launched a campaign against Morocco, claiming the kingdom is responsible for Peru’s denial of entrance to the organization’s representative Khadijetou El Mokhtar.

El Mokhtar was arrested upon her arrival at the Jorge Chavez airport in Lima. She was denied entry to Peru before being deported to Spain. She had tried to enter with a Spanish passport, but her documentation was not recognized by local authorities.

She was appointed in June by Polisario chief Brahim Ghali as the envoy of self-proclaimed Sahrawi Arab Democratic Republic (SADR) to Peru, in an attempt to convince Lima to recognize the separatist front. She entered the country in the same month and began activities to promote Polisario.

After she attended a meeting of the parliament’s foreign affairs committee, she was subsequently chased out by some of the MPs, who called for her deportation.

When she left Peru again and tried to renter on Saturday, she was denied entry.

Peru suspended its recognition of SADR in 1996. However, pro-Polisario media claims that Lima changed its position when Polisario’s leader Brahim Ghali met with Peruvian President Pedro Pablo Kuczynski during the swearing-in of Ecuadorian President Lenin Moreno in May.

Emsahara, a pro-Polisario online media outlet, recalled this apparent change of heart in its coverage of El Mokhtar’s deportation.

“What the border patrol of this country, which recognizes SADR, did seems incomprehensible and shows a clear confusion in its policy,” wrote Emsahara. “Peru has to give clarifications about this problem, which appears politically motivated and serves the agendas of the Moroccan occupation.”

The media outlet claimed that Morocco made moves to deport the representative after learning that El Mokhtar had been preparing to meet with Peru’s president and the country’s minister of foreign affairs.

The same claim was reiterated by Futuro Sahara, another pro-Polisario media outlet. However, the website unwittingly confirmed that El Mokhtar’s documentation was not recognized by local authorities, when it expressed astonishment that she was barred from entry even though “she had a valid Spanish passport.”

The same claim of a “Moroccan-Peruvian conspiracy” was repeated even though it was clear that SADR had declared “persona no grata” by Peru.

The manifest self-denial of Polisario Front is parallel with an overt tendency to force into in meetings to which the organization was not invited.

In August, Mozambique, one of Polisario’s staunchest allies in Africa, forced a delegation of the organization into a Japan-Africa meeting in Maputo even though SADR is not recognized by Tokyo and had no right to attend the conference.